"American Weathervanes: The Art Of The Winds"

American Weathervanes: The Art of the Winds, published to coincide with an exhibition at the American Folk Art Museum, reveals the beauty, historical significance, and technical virtuosity of American vanes fashioned between the late 17th and early 20th centuries.
This American art form has long been an enduring part of the country's skylines. Early church steeples were graced with weathercocks, following a European tradition that dates to the Middle Ages. America's first documented vane maker, metalsmith Shem Drowne of Boston, Mass., crafted a number of surviving vanes, including the iconic golden grasshopper that has topped the city's Faneuil Hall since 1742. Farmers, blacksmiths, and other craftsmen proudly fashioned roosters, cows, horses, and other forms for country barns, and as the tradition and public demand expanded over the course of the 19th century, so did the diversity of forms, which grew to fill the mail order catalogs of commercial manufacturers in Boston, New York, and other cities.
Today, weathervanes hold a well-established place in the canon of American folk art, and American Weathervanes celebrates this artistry in the most up-to-date and authoritative work on the subject. Lavishly illustrated with masterworks from prominent private and public collections, this is a book to be treasured by anyone who collects or simply admires American vernacular art and sculpture.
In conjunction with the book, an exhibition will be held at the American Folk Art Museum in New York City from June 23 to Jan. 2, 2022.
About the Author
Robert Shaw is a critically acclaimed author, curator, and art historian who has written and lectured extensively on many aspects of American folk art. He has curated exhibitions at the Dallas Museum of Natural History, the Fenimore Art Museum, the National Gallery of Art, and the Shelburne Museum, where he served as curator from 1981 to 1994.
For ordering information, visit www.rizzoliusa.com. 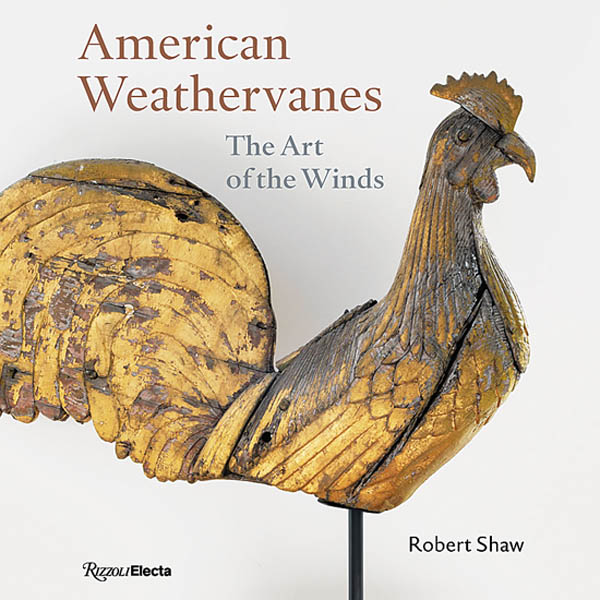