"The Art Of Diplomacy: Collecting Russian Art In The Age Of Queen Victoria" Slated For Jan. 29

During the long reign of Queen Victoria, many culturally significant Russian works of art were acquired for the Royal Collection through personal gifts from Russian emperors, as well as purchases made by Queen Victoria and Prince Albert. An upcoming lecture at the Frick Collection will explore the collections vast holdings of porcelain, pietre dure, paintings, and sculpture against the backdrop of the complex dynastic and political relationship of Great Britain and Russia during the 19th century. The talk will take place on Wednesday, Jan. 29, from 6 to 7 p.m., given by Caroline de Guitaut, of the Royal Collection Trust, London. It will be free with online registration. Sign-up at www.frick.org/lectures. Lectures are webcast live at www.frick.org/live.
The Frick Collection was assembled by the Pittsburgh industrialist Henry Clay Frick (18491919) and is housed in his former residence on Fifth Avenue. One of New York Citys few remaining Gilded Age mansions, it provides a tranquil environment for visitors to experience masterpieces by artists such as Bellini, Rembrandt, Vermeer, Gainsborough, Goya, and Whistler. The museum opened in 1935 and has continued to acquire works of art since Fricks death.
Adjacent to the museum is the Frick Art Reference Library, founded in 1920 by Helen Clay Frick as a memorial to her father. Today it is one of the leading institutions for research in the fields of art history and collecting.
Along with special exhibitions and an acclaimed concert series, the Frick offers a wide range of lectures, symposia, and education programs that foster a deeper appreciation of its permanent collection.
It is located at 10 E. 71st St. in New York City.
To learn more, call 212-547-0641. 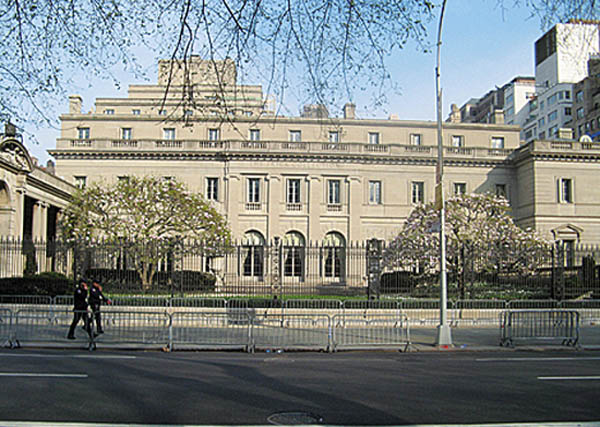