"Vive Le Cocktail!": The Birth Of An American Tradition

"Old Mr. Boston is a rare and versatile gentleman, everlastingly young, and ever ready to accept the difficult role of host. Follow the advice of this joyful and genial friend, and there will be many pleasant times in store for you."
Old Mr. Boston Official Bartender's Guide, 1935

As any wise bartender will tell you, a bar glass is just a bar glass, no matter how elegant. It's what's inside it that counts. While the mid-twentieth century gave birth to plenty of sophisticated barware, those decades also gave birth to plenty of sophisticated beverages. Among them: multiple and increasingly complex variations on that mainstay of retro moviedom, the "cocktail."
For the daring flappers of silent film days, a garter-held flask of bootleg "hootch" made the '20s roar. In black-and-white movie musical extravaganzas of the 1930s, elegantly clad night-clubbers sipped more decorously as Fred and Ginger sailed across the dance floor. By the swinging '60s, the cocktail had assumed its still-current aura of James Bond-ish cool. Bar guides proliferated, each with its own can't-miss mixture of drink recipes and helpful hints ("Never mix by the 'eyeball' method - not even with highballs!"). For the Rat Pack crowd of yore (and the Mad Men crowd of today), there was even a politically-incorrect Girl Watchers' Drink Guide, awash in wolfish advice ("The hobby of girl-watching is best pursued with an expertly mixed drink in hand").
The concept of the mixed drink had, however, been around long before any of these on-screen incarnations, and the stories surrounding its creation are numerous. The most drama-filled has the cocktail making its debut in Revolutionary War days. The upper crust of American and French military men patronized a Yorktown, N.Y., tavern operated by Betsy Flanagan. For the Americans, the drink of choice at Flanagan's was gin or whiskey; for the French, wine or vermouth. When the time came for a toast, the liquors were often combined with joyous abandon.
Perhaps filled with liquid courage, one enterprising officer absconded with a rooster belonging to a nearby farmer still loyal to the Crown. The ever-practical Betsy cooked up the rooster for her guests, putting its colorful tail feathers to good use adorning their mixed drinks. The toast for the evening: "Vive le cock-tail!" A beverage legend was born.
Often, the names of cocktail combos are more interesting than the drinks themselves. They range from the seemingly-innocuous ("The Sweet Patootie," "The Fairy Bell"), to the high-hat ("The Vanderbilt," "The Fox Trot"). There are the slightly risqué ("The Soul Kiss," "The Widow's Dream"), and even the potentially lethal ("The Rattlesnake," "The Knock-Out," and "The Third Rail"). The hallmark of the cocktail, however, remains constant: combining the unlikely with the unusual to create the un-put-down-able. (The rooster feather is optional.)
For ringing in the New Year, there is, of course, eggnog, with its lip-smacking mix of dairy products and more potent drinkables. (Early bar guides encouraged especially ambitious egg-noggers to milk the cow directly into the liquor!) More genteel revelers might opt instead for the "Tom and Jerry," another dairy-based holiday tradition. Here's the recipe, courtesy of "Old Mr. Boston" himself, circa 1935:

First, prepare batter, using mixing bowl. Separate the yolk and white of 1 egg, beating each separately and thoroughly. Then combine both, adding enough superfine powdered sugar to stiffen. Add to this 1 pinch of baking soda, and 1/4 oz. rum to preserve the batter. Then, add a little more sugar to stiffen.
To serve, use hot "Tom and Jerry" mug, with 1 tablespoon of batter dissolved in 3 tablespoons hot milk. Add 1-1/2 oz. rum. Then fill with hot milk within 1/4 inch of top of mug, and stir gently. Top with ½ oz. brandy, and grate a little nutmeg on top.
The secret of a good "Tom & Jerry": a stiff batter, and a warm mug.
Happy New Year (and bottoms up!)

Donald-Brian Johnson is the co-author of numerous Schiffer books on design and collectibles, including "Postwar Pop: Memorabilia of the Mid-Twentieth Century." He favors a Brandy Old Fashioned (sweet). Please address inquiries to: donaldbrian@msn.com 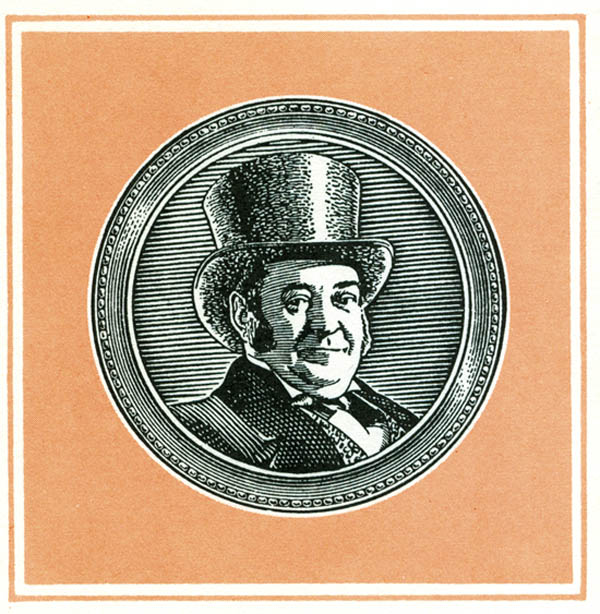