A new exhibition at The Metropolitan Museum of Art tells the story of the 9th-century B.C.E. stone reliefs excavated in the early 20th century at Tell Halaf, Syria, and their subsequent destruction, loss, and in some cases dispersal to museum collections around the world, including The Met. Rayyane Tabet / Alien Property, on view through Jan. 18, 2021, examines the circuitous journey of The Met's four reliefs, which came to the museum under the aegis of the World War II-era Alien Property Custodian Act. The exhibition also highlights the personal connection of the reliefs to contemporary artist Rayyane Tabet (b. 1983).
The exhibition is made possible by the Friends of Ancient Near Eastern Art.
"The stories that Rayyane Tabet tells in this exhibition are rooted in both intensely personal experiences and some of the most complex cultural heritage issues currently being grappled with in the world, including the role of museums, both past and present," said Max Hollein, director of The Met. "Through this collaboration with Tabet, we're able to consider the rich history of these compelling objects in light of the artist's perspective and the multiple forces at play in the region throughout the 20th century and still today."
"We live in times of transition and uncertainty," said Rayyane Tabet. "Working on this show has solidified my belief that we have to confront our past head-on in order to ground ourselves firmly in the present, and through the process begin to imagine what might be possible."
On view in the museum's galleries for Ancient Near Eastern Art, Rayyane Tabet / Alien Property features approximately 20 works of art, including Tabet's charcoal rubbings of the ancient reliefs; four of the ancient reliefs themselves that are part of the Met collection; Tabet's 2017 work Genealogy; the famed Neo-Hittite Venus unearthed at Tell Halaf and on loan from the Pergamon Museum in Berlin; and archival material drawn from both the artist's personal possessions and the Met's archives. Presented together, these works and related materials illuminate how cultural artifacts have helped expose audiences to the richness of the ancient world. They also show how cultural artifacts have been leveraged either to draw attention to the plight of people caught up in cycles of violence or to exclude them from broader political narratives. The exhibition ultimately asks viewers to consider these entangled, complex histories in relation to present-day conversations about the evolving role of encyclopedic museums.
Starting in 1911, German archaeologist Baron Max von Oppenheim oversaw excavations at Tell Halaf. Among the finds was a palace frieze composed of nearly 200 stone reliefs depicting a variety of mythological scenes. In the early 1930s, von Oppenheim brought eight of these reliefs to the United States. In 1943, American authorities confiscated them under the authority of the Alien Property Custodian, a wartime agency responsible for the seizure, administration, and sometimes sale of enemy property in the United States. Soon after their confiscation, the Met purchased them from the Office of the Alien Property Custodian. Four of the reliefs were subsequently put on display in the museum galleries, where they have remained ever since.
In 2016, as part of his quixotic quest to re-unify the extant Tell Halaf frieze through his own artistic practice, Rayyane Tabet approached the Met with a request to produce charcoal rubbings of the museum's reliefs. Tabet was inspired in part by his great-grandfather, Faek Borkhoche, who was hired by the French authorities under the French Mandate for Syria to be an administrator at the site of von Oppenheim's excavation, but in actuality was sent to spy on the German excavator. Through his intervention in the museum's galleries of Ancient Near Eastern Art, Tabet seeks to explore the charged and entangled relationship between family stories, major political and social events, and the history of the encyclopedic museum.
Rayyane Tabet / Alien Property is organized by Kim Benzel, curator in charge, department of Ancient Near Eastern Art, and Clare Davies, assistant curator, Modern and Contemporary Art, Middle East, North Africa, and Turkey, both at the Met, in consultation with the artist.
This presentation is accompanied by a Met Bulletin, which is supported in part by the Lila Acheson Wallace Fund for The Metropolitan Museum of Art, established by the cofounder of Reader's Digest.
For more information, visit www.metmuseum.org. 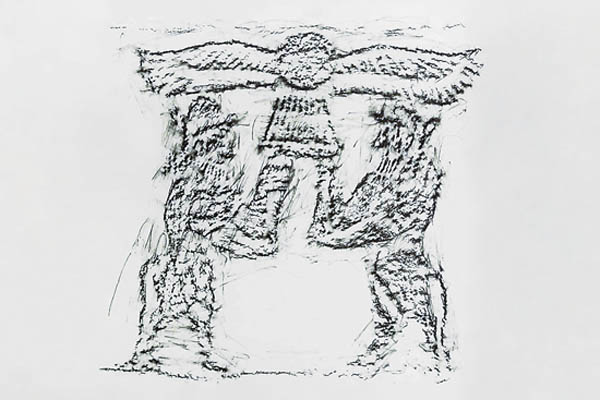