Swann Galleries closed out 2020 with a marathon sale of Maps and Atlases, Natural History and Color Plate Books on Dec. 17. Ninety-two percent of the 405 lots hammered down with about a third above estimate; participation numbers exhibited a very interested, willing, and active market for this material, said specialist Caleb Kiffer
The star of the sale was an original 1853 oil painting of a California Gray Squirrel by John Woodhouse Audubon, the son of John James Audubon. The work came to auction after having descended through John Woodhouses family and sold for $42,500. By John James Audubon was Night Heron or Qua Bird, 1835, from Birds of America, which brought $30,000. Additional natural history included William Jardines The Naturalists Library, 1843, complete with 40 volumes containing over 1,200 hand-colored engraved plates of animals, birds, fishes and insects, selling at $7,800.
World cartography proved to be popular with buyers, making up nearly half of the top 20 lots by value. Bernardus Sylvanuss 1511 world map, one of the earliest attainable printed maps to show the New World, earned $42,500; a prize example of Johannes Blaeus striking Nova et Accuratissima Totius Terrarum Orbis Tabula, a 17th-century Dutch world map, garnered $23,750; and Sebastian Münsters Typus Cosmographicus Universalis, Basel, 1532, with elaborate woodcut borders designed by Hans Holbein the Younger, brought $16,250.
Atlases and books with maps included Nicolas Sansons Atlas Nouveau, Paris, 1693, which brought $11,250; Arnoldus Montanuss survey of the Americas, Die Unbekante Neue Welt oder Beschreibung des Welt-teils Amerika, Amsterdam, 1673, translated into German by Olfert Dapper, which sold for $8,750; and Robert Laurie and James Whittles A New and Elegant Imperial Sheet Atlas, London, 1800, which realized $7,500.
I was very pleased to close out the season with a strong sale of maps and atlases. Interest was wide-ranging with aggressive bidding from around the world on lots from the modest range to the more expensive. That's one of my favorite aspects of curating these sales, offering collectors at any level of experience or means the chance to find an interesting piece which they would be happy to call their own, concluded Kiffer of the sale.
To learn more, visit www.swanngalleries.com. 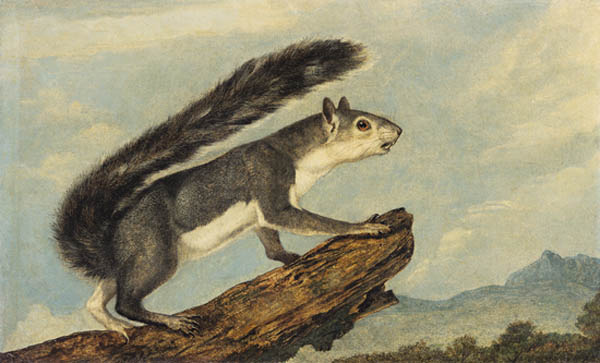