Bodnar's Kicks Off The New Year With A Big Sale

On Jan. 4, Bodnars Auction Sales kicked off the new calendar year with a bang. The buzz around this particular sale was going on months prior, and the results were very exciting.
It all began in the fall when Joseph Bodnar received a call from someone needing help with his aunts property in Metuchen, N.J. She had passed away, and he was in charge of cleaning out the contents of the house. He knew he had authentic George Nakashima furniture; however, he had no idea of what it was worth in todays marketplace.
The multi-estate auction Bodnar put together highlighted the Nakashima furniture. The items all seemed to come together and fit like a puzzle to create one fantastic auction, stated Bodnar.
Bodnars Auction Sales, based in Edison, N.J., has been in operation for over 25 years. They hold auctions one to two times a month and draw large crowds. One factor that has helped over the years is the fact the firm conducts unreserved sales. Bidders know in every sale that the items are there to sell, and that matters. That is not the only factor that brought the more than 500 registered bidders to this auction. Bodnars decided not to offer online bidding. This is the kind of beautiful furniture you need to see in person to bid on. It loses something when you view it from a computer screen, according to Bodnar.
Bodnar is among the last true in-house auctioneers left in the tris-tate area, most having moved to online-only auctions. This does not mean, however, that the bidding was only in-house. There were many phone bids taken internationally. Bodnar also had more than 400 absentee bids.
The evening prior to the auction, Bodnar held a well-attended preview event. The auction encompassed mid-century modern furniture, artwork, jewelry, and other material. At the 11 a.m. start, the hall was standing room only. Bodnar typically has a box lot section that normally results in $5 to $50 lots. These were averaging $100-plus.
The jewelry portion was no different. Erte pieces did well. An Erte sterling and 14-carat gold mother of pearl bangle brought $1,120; a pair of Erte sterling and 14-carat gold earrings realized $800; a modern emerald and 14-carat gold ring brought a fantastic $2,070; and a quality vintage Tiffany & Co. mesh coin purse realized $1,495. A musical Faberge egg sold for $1,150.
Once the main sale was underway, the prices realized kept soaring. The artwork category had good results. A pair of Frank English landscapes sold for $1,380, and the multiple James Rizzi 3-D pop art pieces brought $800.
The furniture was sold toward the end and was among the stars of the offerings. All of the George Nakashima furniture came from the previously mentioned single-owner estate and was purchased directly from Nakashima in the 1950s. It was in mint condition with the original receipts. First to be sold was a George Nakashima dining table with dovetail joints over two large slats and the six Nakashima grass seated wishbone chairs. The bidding opened at $15,000 and ended at $25,300, going to an in-house bidder. Next in line were a pair of beautiful lounge chairs that realized $12,650, also to an in-house bidder. A round coffee table went for $5,150, and a pair of end tables sold for $4,250. A wall hanging sideboard sold for $12,600, purchased by a phone bidder.
Bodnars Auction Sales take place at the N.J. Convention and Expo Center at 97 Sunfield Ave., Edison, N.J.
For further information on this or future auctions, call toll-free at 866-349-7378 or visit www.bodnarsauction.com. 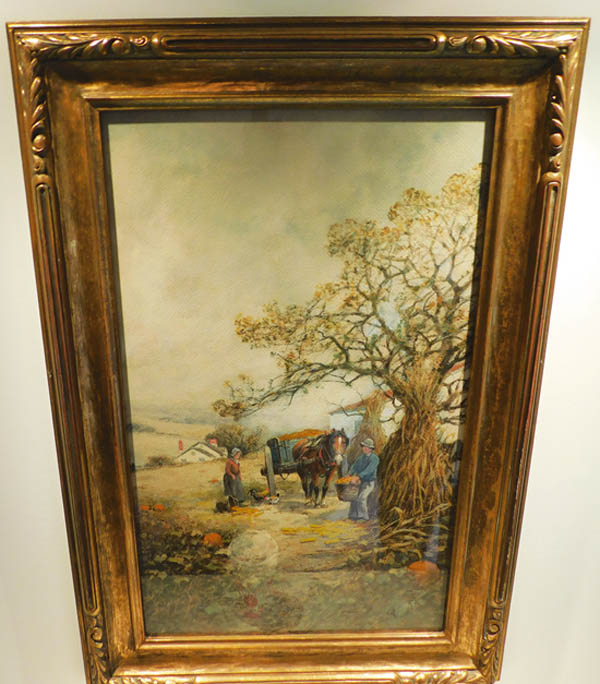