Televisions broadcast of the 84th Academy Awards ceremony is behind us, but the collecting goes on. For more years than most of us care to remember, movielands annual festivities have been a part of the rituals of our lives, and have yielded booklets, posters, and other ephemera.
The award began back on May 16, 1929, when a small group of about 500 motion picture industry greats gathered together at the Hollywood Roosevelt Hotel to munch on boiled chicken and to honor their own. A small beginning, indeed, for an event destined to grow by leaps and bounds and evolve into a world-side happening eagerly awaited and viewed by millions of people on television every year.
The Academy of Motion Picture Arts and Sciences, sponsors of the extravaganza, had been formed only a few years earlier under the guidance of movie mogul Louis B. Mayer, with assistance by Cecil B. DeMille and others. Oscar itself is a 13 1/2-inch high statuette weighing seven pounds and made of bronze with gold plating. Its actual a value is only a few hundred dollars, but the joy it brings to recipients cannot be measured in money. However, the millions in extra revenues generated at the box office by award-winning films and by sale of DVD and Blue-Ray recordings for producers, distributors, stars and exhibitors can be substantial.
The first Awards of Merit, as they were originally called in the beginning (the name Oscar did not come along until 1934,) went to Janet Gaynor for her performances in 7th Heaven, Sunrise, and The Way of All Flesh. Laurels in the early days were bestowed for year-long excellence in acting, rather than just for a specific picture as the practice quickly came to be.
Coverage by the press was minimal in 1929; radio ignored the first awards completely. But within a couple of years, it became a celebrated event, heavily reported by newspapers around the world. Local radio coverage transitioned into a coast-to-coast network hook-up in 1945. And, in 1953, television, still in its infancy, climbed aboard the bandwagon. Color was added to telecasts in 1966.
Over the years there have been some mighty interesting moments during the Awards show. In 1934, six-year-old Shirley Temple was awarded the first special Oscar for a child actor. She promptly took it home and played with it as just another doll in her huge collection.
Edgar Bergen, Charlie McCarthys pal, received a special Oscar in 1937 for his contribution to film comedy - a wooden statuette with a movable mouth! Walt Disney, honored in 1938 for his epic Snow White and the Seven Dwarfs full-length animated feature, was presented an Oscar and seven miniatures for his dwarfs.
George C. Scott made film history when he became the first actor to refuse an Oscar, so strong was his disdain for the whole affair. And who will ever forget the memorable year, 1984, when a streaker got onto stage while the TV cameras were still rolling?
Collectibles of the Academy Awards include promotional stills, official programs, souvenir postcards, and newspaper clippings. You can also collect all sorts of movie memorabilia relating to the pictures and to the actors and actresses who have received Oscars. This can include posters, lobby stills, press books and postcards. The entire century-plus history of the motion picture industry has been wonderfully documented on souvenir postcards.
Actual postcards of the Academy Awards ceremonies, while highly collectible, are a bit difficult, though certainly not impossible, to find. All known date since World War II.
Various publishers of modern chrome postcards from the late 1950s to the present have marketed cards showing the crowds outside of the theater or of the dignitaries entering. A few cards were made of individual award winners during the last few decades. These include Robert Redford and Deborah Kerr.
Bob Hendricks, an enthusiastic supporter and promoter of the hobby of picture postcard collecting in the 1940s and 1950s, published a series of current event postcards in those years under the banner head of his own publishing company, B-H Publications. Included are two about the Academy Awards - the 1951 and 1952 gatherings. Winners of the important categories are pictured surrounding the Oscar statuette in a poster-like setting. The same background was used for both issues.
Television promotional stills are a relatively inexpensive way to collect memorabilia about the Academy Awards. These are the original black-and-white, sometimes color, photographs sent to newspapers and other publications for use in their TV feature sections. They helped to showcase television program listings. Such stills also were used extensively to advertise the annual Academy Awards television show. Quite a number of the 7x9-inch glossies can be found of the Academy broadcasts. Since more than one billion people view this program each year, it is not surprising that so many exist since practically every publication in the world runs editorial material about the blockbuster show.
Such stills either picture the statue of Oscar or the major nominees, usually four, five or six to each photograph. The availability of the Academy Award television show stills date back to the late 1970s.
Hope your favorite movies were winners! And now, the collectible ephemera, please... 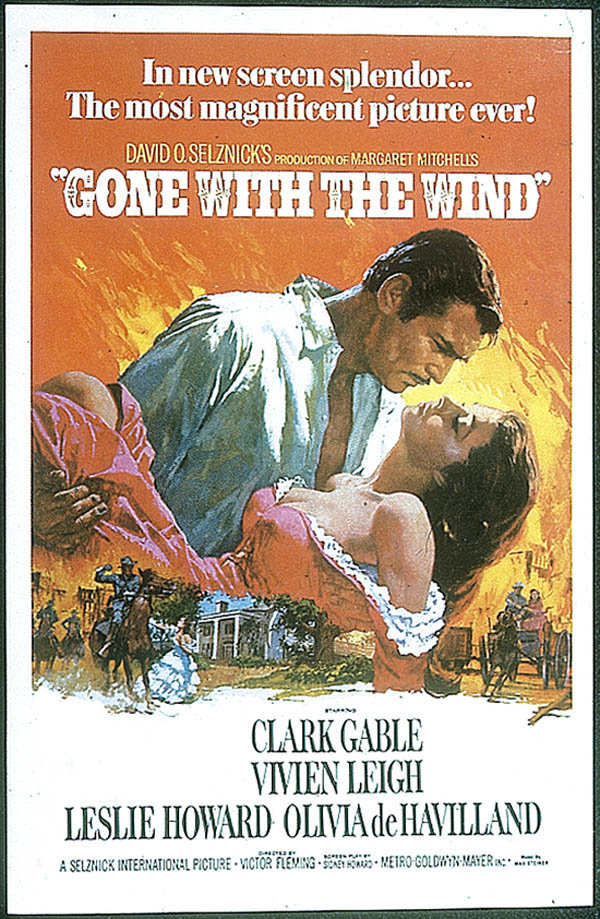