Cool Americana From The Graeter Collection

An auctioneer's job is more than calling bids and pounding the gavel. There's also more than a little old-school showmanship required in creating an event, and an event is certainly what Main Auction Gallery's J. Louis "Jay" Karp and his son Jonas created with their Feb. 28 sale of selections from the landmark Americana collection of the late Jon Graeter held in Cincinnati, Ohio.
Jay and Jonas, the fourth and fifth generations to manage the family business which the Karp family purchased in 1870 - making it the oldest auction house west of the Allegheny Mountains - have done much the same thing at Main Auction.
Ice cream aficionados will recognize the Graeter name. In the late 1950s, Jon Graeter and his two brothers took over the ice cream company their grandfather started in Cincinnati in 1870. Under their stewardship, Graeter's Ice Cream became a Cincinnati institution.
Graeter did much of his buying in the 1970s through the 1990s, back when a fellow Ohio collector says, "People Express Airline was in operation and they had a $49 roundtrip flight to New York City, so we would go for Americana week and hit all the shows and auctions. Of course, we also had to stop at every ice cream cart, so he could check out the competition." Many of his fellow collectors turned out for the sale, along with dealers from all over the East Coast, New England to Florida, to bid on objects that had not been on the market in decades.
As a result, the sale, which offered 379 lots (approximately 250 of which came from Graeter's collection), was a standing-room-only affair with more than 2,200 registered bidders for absentee, phone, and Internet bidding. They were all ready when the first of the Graeter lots came up for bidding with lot 51, the first of several lots of Lehnware (the first 50 lots of the sale were not from Jon Graeter's collection and were mostly 20th-century paintings). Lehnware peaked for the day at $10,000, with lot 67, a cup and saucer with a beautiful yellow ground, but folk art continued to flow, with lot 87, an iconic Heinrich Bucher box that hammered at $6,000 and an incredibly elaborate footstool covered with fylfots and stars from the Barbara Johnson collection that finished at $3,600. Local collectors took home a Richmond, Va., leather key basket, one of a group of baskets first discussed by R. Lewis Wright in the Journal of Early Southern Decorative Arts in 1982, for $3,700. Prices reported do not include buyers premium. There was a 15 percent buyers premium for in-house buyers.
Furniture was a big draw for the crowd, with much pre-sale discussion about a 1791 Berks County, Pa., blanket chest. Without access to Graeter's records, Karp said he was unable to offer a provenance, but the old Sotheby's label undoubtedly pointed some researchers in the right direction. It sold to the trade for $55,000, as did a paint-decorated Virginia "turkey breast" corner cupboard (sold at Christie's in 1983), which fetched $20,000.
One of only two clocks in the sale, lot 106, an Aaron Willard mahogany shelf clock with eglomise decoration hammered down at $6,500, just before a paint-decorated hanging corner cupboard, despite a damaged cornice, that likely came from Somerset County, Pa., by way of Don and Faye Walter's collection, brought $19,500. The buyer of the cupboard was Pennsylvania dealer Kelly Kinzle. The other clock, a Chippendale clock sold as lot 134, was cataloged as Pennsylvania (although the crowd-sourced opinion seemed to be that it was more likely from Connecticut). With a broken arch pediment with flower-carved rosettes and a shell-topped flower-carved door, the clock hammered for $2,900, which was a bargain, even with a missing bonnet door.
Even more traditional furniture forms performed well, although often with the slight quirks that appeal to folk art buyers. A slant-front desk brought $12,500, with an unusual configuration of seven bracket feet, while a curly maple pie safe drew lots of attention, in part because of the three full drawers beneath the tin-paneled upper doors, and ultimately sold to a Pennsylvania dealer for $20,000.
However, folk art carried the day. A portrait of a little girl and her puppy, with labels that might reward a diligent researcher, sold for $4,600 as lot 150, while lot 157, a Noah North portrait of an identified sitter, was hammered down for $6,000 and a still life (lot 158) blew past its $1,500-$2,000 estimate to close at $19,000. A John Brewster portrait in excellent condition of a young lady had an $800-$1,200 estimate, only to open online at $2,600 before finally selling to a phone bidder for $77,500 (the parents of the sitter were also painted by Brewster and are part of Colonial Williamsburg's collection). A carved and painted bird tree, just over four feet in height, also drew lots of attention and was ultimately sold for $26,000.
In addition to his passion for folk art, Graeter also had some diverse interests. He collected the work of Cincinnati artists, including Frank Duveneck (1848-1919) and the sale had several examples of Duveneck's work, including lot 166, a portrait which sold for $22,000. Later in life, Graeter had also developed an appreciation for Steuben glass as well, and over three dozen pieces were included in the sale. One of the top Steuben lots was a James Houston sculpture of an 18-carat gold owl on a crystal column, which brought $2,700.
By the end of the day, the sale, which offered just a selection of Jon Graeter's collection, confirmed all the praise for it as an iconic collection of Americana, while the crowd and the sale total, approaching $750,000, confirmed that great objects just need great auctioneers. 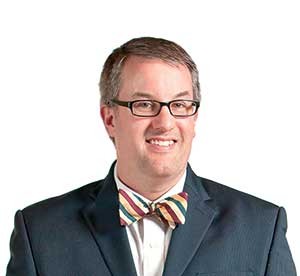 Andrew Richmond holds degrees from Kenyon College, and the Winterthur Program in American Material Culture. He has spent more than a decade in the world of antiques and fine art auctions.

Andrew is the owner of Wipiak Consulting & Appraisals in Ohio. He is a recognized expert in the antiques and art field, serving as a regular appraiser on WKET TV’s Kentucky Collectibles, and he’s conducted numerous appraisal events around Ohio and beyond.

Andrew regularly engages in academic research on American decorative arts, and has lectured widely, including venues as Colonial Williamsburg’s Antiques Forum and the Winterthur Museum’s Furniture Forum. He has published numerous articles, and has curated two landmark exhibitions on the decorative arts of his native Ohio. He serves on the boards of several museums and decorative arts organizations.

Andrew lives in rural Ohio with his wife (and regular writing partner) Hollie Davis, their two children, and their cats.