Exciting new-to-market items will include a collection of NASA photographs as well as two 18th-century Ephrata Cloister hymnals at Cordiers Book and Ephemera Auction on Sunday, Oct. 27, in Harrisburg, Pa.
NASA contracted Kodak to provide the film for their Gemini and Apollo missions. At the time, Charles Rex Anderson was working in Kodaks research lab. Anderson assisted NASA officials to develop film that returned from missions. During his tenure, Anderson acquired a collection of official NASA photographs, which are being offered to the public for the first time. More than 80 photos will be sold, including iconic images such as the first U.S. spacewalk, Charles Duke exploring Plum crater, and John Young saluting the American Flag at the Descartes landing site.
From 1964 until 2019, two printed hymnals from the Ephrata Cloister rested in a safety deposit box in Franklin County, Pa. Printed at the Cloister in 1754, each consists of 212 pages with rare hand-colored illuminated decoration to the manuscript pages. The consigners family history indicates that the hymnals were taken to the Snow Hill Cloister. The song books will be offered individually.
Other items in the 250-plus lot auction include books, photographs, advertising, and post cards. Live and online bidding will be available. Cordier Auctions and Appraisals is located at 1500 Paxton St., Harrisburg, Pa.
For more information, call 717-731-8662 or visit www.CordierAuction.com. 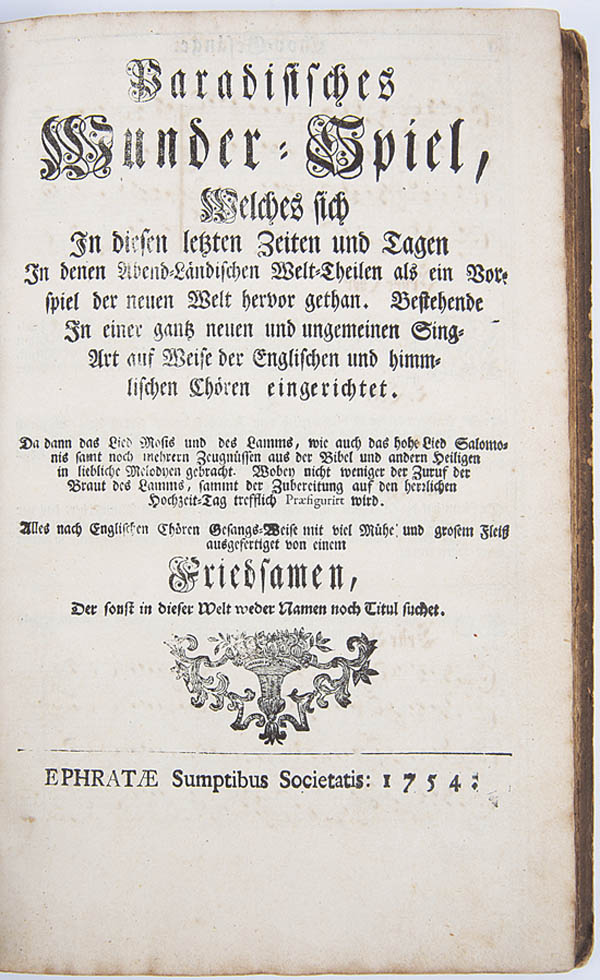