Cordier Auctions sold a rare 1860 photo album of China in its Spring Antique & Fine Art Auction in Harrisburg, Pa., on May 17 and 18. The album contained 56 images of China during the Second Opium War taken by Felice Beato. They are considered some of the earliest photographs of the country. It sold for $410,000 (hammer price).
Felice Beato, an Italian/British photographer, was also one of the first war photographers. The 56 albumen prints included 10 multiple part panoramas and each print was titled and dated in English and German. Beato accompanied the British Army into China in 1860. His photographs captured not only strategic military positions and the aftermath of battle but also buildings such as the Summer Palace before its destruction by the British.
The album was consigned to Cordier Auctions during one of its open appraisal days held every Wednesday at their auction house. The buyer was Stephan Loewentheil of the 19th Century Rare Book and Photograph Shop, a rare book, manuscript, and photograph dealer with shops in Stevenson, Md., and Brooklyn, N.Y.
For more information, call 717-731-8662 or visit www.CordierAuction.com.
The images are four photos from the album. 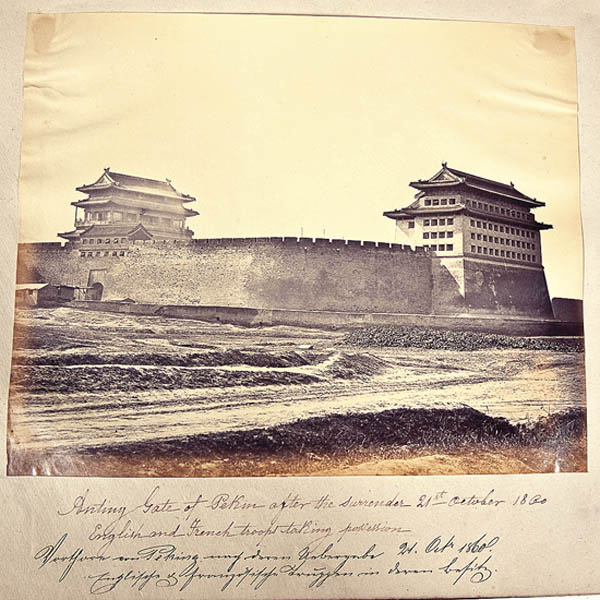