“Smack Dab In The Middle: Design Trends Of The Mid-20th Century”

What do you do when the house lights come up following your very favorite movie? Well, you buy another ticket and watch it again (like the lady from Wales, who viewed The Sound of Music 900-plus times). And then you buy the DVD, for perpetual re-watching.
What do you do when your favorite Broadway show closes? Not much. Live theatre is transitory: when its over, its over. Sure, videos, recorded solely for reference purposes, occasionally surface. And if its a Broadway musical, theres usually an original cast album available for your listening pleasure. There are Playbills and souvenir showbooks to thumb through, Beauty and the Beast music boxes to sigh over, and Phantom of the Opera half-masks to hang on your walls.
But for the true Broadway buff, the best keepsake is a window card. These 14-by-22-inch posters are slices of theatrical history. Almost every show has one. There are window cards for the classics (My Fair Lady, Oklahoma!); for the popular-in-their-time-but-now-overlooked (Redhead, Lil Abner); and for the out-and-out flops (Sherry, Legs Diamond, and oh, so many more).
Window cards got their name because, in the beginning, thats what they were. At one time, New York City was home to a nest of theatrical ticket brokers, licensed to sell theatre tickets for, essentially, whatever they could get. Agency windows were plastered with cards hawking the latest Broadway hits. Theatre memorabilia-lovers often made the rounds of the agencies, hoping to wheedle cards promoting recently-closed shows from agents who were usually willing to oblige, for a price.
And then, ticket scalping was banned in New York. Agents either closed up shop or moved their base of operations to less stringent New Jersey, taking their window cards with them.
What were theatre lovers to do? Luckily, poster specialist Roger Puckett, of NYCs Triton Gallery, persuaded printers that there was a market for window cards amongst the hordes of fans filling the citys theatre seats. Soon, immortality was once again assured for Broadways good, bad, and downright ugly.
Since a posters primary purpose is to draw in the crowds, finding the right hook for a show is paramount: those glowing Cats eyes, for instance, or the sad-faced little Les Miserables girl. If a star is taking center stage, then the poster had better, in some way, emphasize that. When Zero Mostel became the breakout star of Fiddler on the Roof, the posters central dancing girl image was supplanted by a dancing, fiddle-playing Zero. On a roof.
Professional illustrators do their best to capture a shows intent, usually after perusing the script and meeting with the shows creative team. Often, its a thankless assignment. Hilary Knight, creator of magnificent posters for such shows as Sugar Babies and No, No, Nanette, was once called upon to provide poster art for Timbuktu!, director Geoffrey Holders re-imagining of Kismet. Design after design was submitted, and rejected. The reason? Holders dreams of the previous evening had suggested other images.
Sometimes, through no fault of the illustrator, intent fails to match reality. The poster for Barbara Streisands Funny Girl, by artist Talivaldis Stubis, featured an upside-down girl on roller skates. Theatregoers, however, never spotted Ms. Streisand on skates; the number was cut before opening (although reinstated for the movie).
Window cards of current or recent hits are remarkably affordable, with most in the $50-and-under range. And if you werent around for the classics, or want a poster for a show with a limited print run, youre in luck. Nick van Hoogstraten at Triton Gallery (broadwayposters.com) offers remarkably detailed reproductions and recreations of posters from the past.
With Broadway still on hiatus until September, why not check out whats available for home viewing? Then, settle back in your easy chair (surrounded, of course, by walls filled with show posters), and enjoy! Its almost like being at the theatre (except no one will mind if you rustle your candy wrapper).
Theatre poster visuals courtesy of Michael Deatz. Photo Associate: Hank Kuhlmann.

Donald-Brian Johnson is the co-author of numerous books on design and collectibles, including Postwar Pop, a collection of his columns. Theatre posters crowd the walls of his home. Please address inquiries to: donaldbrian@msn.com. 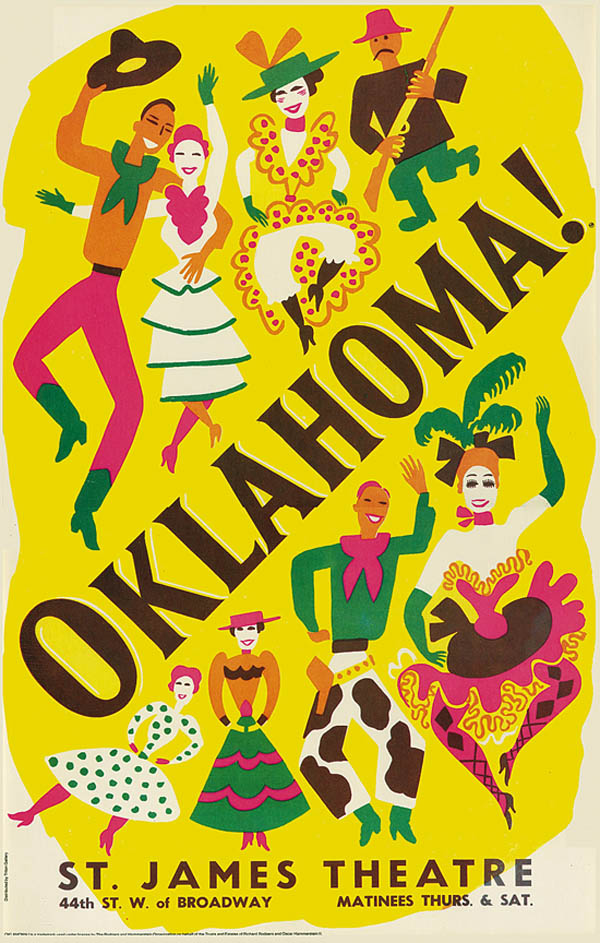