Frick To Present Works In Porcelain By Artist Giuseppe Penone

In the spring and summer of 2022, The Frick Collection will present a one-room installation by Italian artist Giuseppe Penone (b. 1947) at the museums temporary home, Frick Madison. Displayed in the broader context of the museums decorative arts and Old Master paintings and sculpture, this unprecedented exhibition by the acclaimed Arte Povera artist is the first to feature his work in the medium of porcelain.
Consisting of 11 disks created during a 2013 collaboration with the Sèvres Porcelain Manufactory in France, works never before shown publicly, this project invites a dialogue with the Fricks rich holdings in the medium. Penones series of disks will be shown on the third floor in concert with a nearby gallery featuring eighteenth-century porcelains by several renowned manufactories. Propagazioni: Giuseppe Penone at Sèvres is organized by Giulio Dalvit, the Fricks assistant curator of sculpture, and will be accompanied by a fully illustrated catalogue authored by Dalvit, with an introduction by Xavier F. Salomon, deputy director and Peter Jay Sharp chief curator.
The Fricks porcelain holdings have increased dramatically in recent years through acquisitions of works from the Sèvres, Meissen, and Du Paquier manufactories. Correspondingly, the museums activities reflect this abiding focus through exhibitions, publications, and programming.
It has been a pleasure to deepen our perspective on ceramics through selected collaborations with contemporary artists, as we did in 201617 with Arlene Shechet and in 2019 with Edmund de Waal. We are thrilled that Giuseppe Penones series of Propagazioni offers us a third such opportunity, one that can be enjoyed in close proximity to the third-floor porcelain gallery at Frick Madison, which many cite as a highlight of our new installation. Our presentation of Penones group of beautiful objects, some of the largest ever successfully fired at Sèvres, will further illustrate the expressive potential this fine medium has for artists and museums, comments Ian Wardropper, the Anna-Maria and Stephen Kellen director.
The lyrical works Penone created at Sèvres respond to the longstanding tradition of the most important porcelain manufactory in France. Notable pieces from Sèvres are among the masterpieces of decorative arts at the Frick, and this exhibition, building on the strengths of previous projects, establishes a direct connection between our collection and the work of a significant artist active today, added Xavier F. Salomon.
Sculptor Giuseppe Penone created this remarkable group of porcelain disks as a continuation of his Propagazioni (Propagations) series in various media, begun in 1995. Made by hand, the disks involve a production process stretching over long periods of time and reward close and prolonged viewing. Each of 10 white porcelain disks features the imprint of one of Penones fingers in black ink; the 11th disk is a variation, rendered in gold. Thin lines extend concentrically from the fingerprint at the center of each disk, resembling the ripple effect in water or the rings that mark a trees annual growth. Propagazioni brings together a number of themes that run through the artists work, most importantly his relationship to nature and the mutable definition of sculpture. Focusing on skin as the site of contact between humans and the natural environment, these objects call into question the boundaries between drawing and sculpture and between art and nature.
As Mr. Penone describes, When Sèvres asked me to collaborate with them, I simply turned over one of the manufactorys products, a dish, and asked them to produce convex disks. This required a complex operation given the fluidity of porcelain at high firing temperatures. The prints of my fingers and the drawings I executed for each of the disks were then completed with skillful mastery by the decorators accustomed to the precision and detail that Sèvres porcelain requires. With these works, I wanted to epitomize the complexity of the great tradition to which Sèvres belongs, a tradition whose point of departure, the dish or bowl, is the very first container produced by a human being impressing their hand into a mound of clay.
Principal support for Propagazioni: Giuseppe Penone at Sèvres is provided by Gagosian. Additional funding is generously provided by Agnes Gund, Jane Richards, Kathleen Feldstein, and an anonymous gift.
Frick Madison is located at 945 Madison Ave. in Manhattan, N.Y.
For additional information, call 212-288-0700. 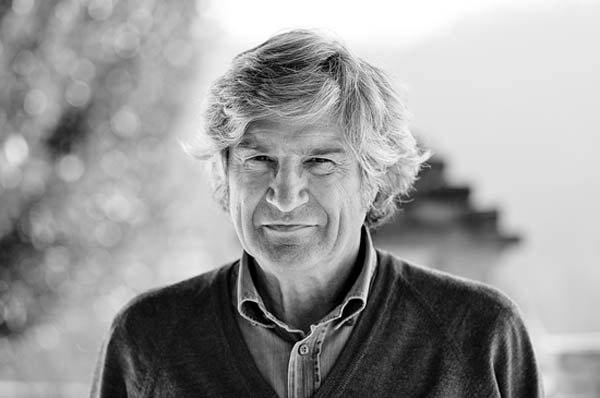