Heritage's Hollywood Auction Filled With Golden Tickets, Holy Grails And A Century's Worth Of Movie Magic

Heritage Auctions Hollywood and Entertainment Signature Auction, held Dec. 17, was a thrilling, rollicking affair defined by its numerous bidding wars over some of filmdoms most recognizable props, costumes and vehicles. And by the time end credits rolled on the blockbuster event, it had realized more than $7.9 million.
More than 1,700 bidders followed the yellow brick road to the century-spanning auction, whose top lot was among its most fabled offerings, the Wicked Witch of the Wests hourglass from The Wizard of Oz, which sold for $495,000. The auctions final item was the meticulously constructed piece made of wood, papier-mâché and handblown glass filled with red glitter and decorated with gargoyles. The hourglass sold just before time ran out on bidders for whom this auction wasnt a dream but a place quite literally filled with golden tickets and Holy Grails.
From the moment this auction was announced last month, there was extraordinary interest in and affection for every single thing being offered, said executive Vice President Joe Maddalena. I knew it would do well, but from first lot to last, it exceeded every expectation. Whats most rewarding is that these pieces are going to new caretakers as dazzled as I am by the memories and magic they carry with them.
Two more Oz icons also sold in this auction. A test dress that comes closest to matching the blue-and-white gingham pinafore Dorothy wore during her trip to see the Wizard realized $125,000. And an Emerald City townsmans jacket sold for $37,500. Both classic garments will now reside in The Wizard of Oz Museum in Cape Canaveral, Fla.
Bidders sought to do more than just touch the hem of beloved garments; the calf-length red and black-and-white-striped robe Charlton Heston wore as Moses in the 1956 Cecil B. DeMille epic The Ten Commandments realized $447,000. The white ivory cotton bikini worn by Ursula Andress Honey Ryder in 1962s Dr. No sold for $300,000, twice what it brought when first offered in 2001. The candy-colored jacket Dick Van Dyke sported in the Jolly Holiday sequence from Mary Poppins danced to a $200,000 finish.
The dress worn by Julie Andrews in The Sound of Music while the Von Trapp children performed So Long, Farewell realized $100,000. Thats the same amount for which Marilyn Monroes pearl-encrusted mermaid gown from The Prince and the Showgirl sold. Speaking of Andrews, the acoustic Goya guitar she used during The Sound of Music sold for $93,750.
Ferris Bueller might have taken a day off, but bidders didnt as they clamored for two pieces from John Hughes film; the patterned sweater vest Matthew Broderick wore while twisting and shouting through Chicago sold for $143,750. But the big-ticket item from Ferris Buellers Day Off was the precious convertible that belonged to Camerons dad; the prop Ferrari 250 GT California replica last seen diving out of the garage sold for $337,500.
Bidders likewise went bananas for cinemas most famous Volkswagen, a modified 1961 Beetle from Herbie Goes Bananas drove off the lot for $212,500. And all but one lucky bidder had to bid hasta la vista, baby, to the 1991 Harley-Davidson FLSTF Fat Boy that Arnold Schwarzenegger rode in James Camerons Terminator 2: Judgment Day, which also realized $212,500.
Far smaller but no less sharp and lethal was Freddy Kruegers razor glove used by Robert Englund in A Nightmare on Elm Street 3: Dream Warriors, which realized $112,500. A golden ticket from 1971s Willy Wonka & the Chocolate Factory, a gold-foil, screen-used ticket gaining its lucky recipient admittance to Wonkas candy factory, sold for $137,500.
And then, there was the Holy Grail itself, the cup of a carpenter from 1989s Indiana Jones and the Last Crusade, which realized $50,000. No guarantees of eternal life were included with the sale.
For complete results, visit www.HA.com. 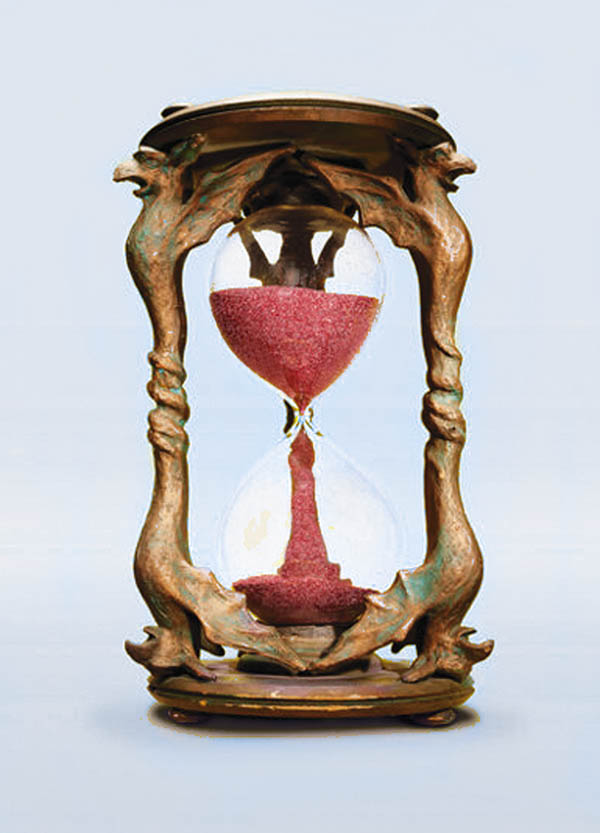