An important, poetic, mature-period work by Milton Avery (1893-1965), Birds Over Sea, 1957, will highlight Brunks Premier Auction on Saturday, Oct. 3, at Brunks main saleroom in Asheville, N.C. The sale of the painting is to benefit The Luther W. Brady Foundation. It is estimated at $800,000-$1,200,000.
Dr. Luther W. Brady, who passed away in 2018, was a world-renowned radiation oncologist and lifelong art collector whose passion and enthusiasm for science and for the arts led him to give, both in life and in death, to the public trust, to institutions, and to all for the benefit of future generations. It was his desire that Birds Over Sea would help to ensure his work to support students of both science and the arts would continue in perpetuity. In his extraordinary life, he was a world-class pioneer of advancements in medicine and, beginning in 1953, a friend to artists, gallerists, directors, and curators of major museums.
Milton Avery (1885-1965) was an American modernist painter who famously created a unique style of representational art, abstracted into its most basic colors and shapes. His paintings remained relatively unknown until 1929, when the Phillips Collection in Washington, D.C., became the first museum to purchase his work. Exhibitions at the Phillips Collection and at the Whitney Museum of American Art further solidified his reputation as a seminal American artist.
Birds Over Sea, 1957, is the embodiment of Averys mature period. The subtle color harmonies are those he favored, and the tremendous sense of order, color and space that occurred from his many years of exploring paint, brush, and its effects on canvas. The result is a simple but powerfully controlled composition, flattened but expansive, exquisitely organized and intentional.
In the summer of 1957, Milton Avery arrived at Provincetown, Mass., to paint, and reconnect with two old friends, Mark Rothko and Adolph Gottlieb. The home which he, his wife, Sally, and his daughter, March, would share provided a larger space on the second floor in which to paint. He would usually do oil paintings on paper in the summer and then translate those to larger canvases in the winter. In 1957, motivated by a larger space and perhaps his two friends, he began to paint large-scale paintings on canvas.
These larger scale paintings, coupled with the subtle color harmonies that he had been using since he suffered a massive heart attack in 1949, would mark a breakthrough in his painting and usher in this mature period. His wife, Sally, in an interview after Averys death in 1965, said of the period following his heart attack that he went on to do his most meaningful work.
His friend, Mark Rothko, would eulogize this great artist in his Memorial Address on Jan. 7, 1965, in what stands as a lasting and intimate tribute: Avery is first a great poet. His is the poetry of sheer loveliness, of sheer beauty. Thanks to him this kind of poetry has been able to survive in our time. This - alone - took great courage in a generation which felt that it could only be heard through clamor, force and a show of power. But Avery had that inner power in which gentleness and silence proved more audible and poignant. There have been several others in our generation who have celebrated the world around them, but none with that inevitability where poetry penetrated every pore of the canvas to the very last touch of the brush. For Avery was a great poet inventor who had invented sonorities never seen nor heard before. From these we have learned much and will learn more for a long time to come.
Today, Averys works are held in the collections of the National Gallery of Art in Washington, D.C., the Tate Gallery in London, The Museum of Modern Art in New York, and the Los Angeles County Museum of Art, among others.
About Brunk Auctions
Based in Asheville, N.C., Brunk Auctions has been conducting sales of fine and decorative arts for over 30 years, handling a diverse mix of fine art, antiques and design, spanning across furniture and paintings to jewelry, with an active and dynamic institutional and private following. The auction house employs a full-time staff of 22 specialists.
For more information, call 828-254-6846 or visit www.brunkauctions.com. 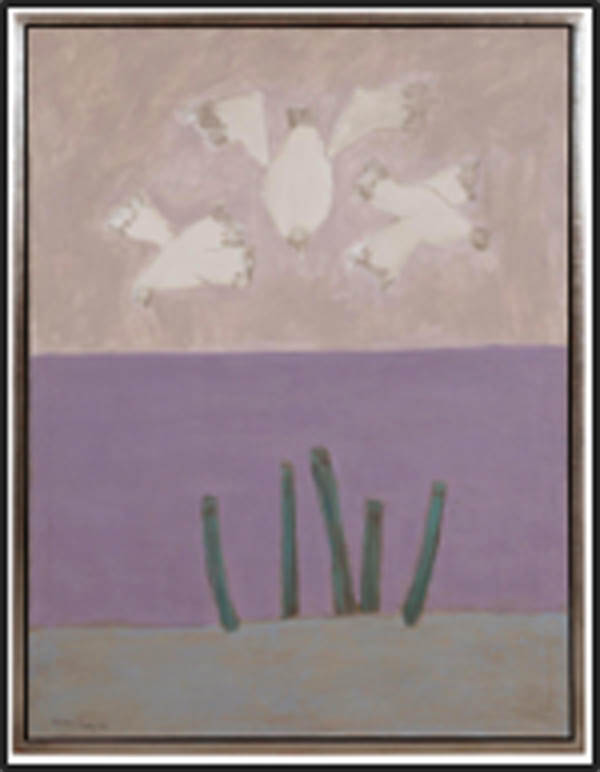