James "Spann" Jeffers Collection To Be Sold By Guyette, Schmidt And Deeter In Their November 2013 And February 2014 Auctions

Decoys Were In Storage For 55 Years

James "Spann" Jeffers was born in Alabama in 1911. During World War II, he was in the Signal Corps and stationed in Fort Monmouth, N.J., where he met and married Anna-Louise Campbell.
After the war, he joined the OSS (Office of Strategic Services). He lived in Red Bank, N.J., but worked much of the time out of Martha's Vineyard, Mass.
He spent a great deal of time hunting waterfowl in North Carolina, Virginia, Maryland, Alabama, and Massachusetts in the late 1940s and early 1950s. During his many hunting trips, he collected decoys (usually single examples) as mementos. These were displayed in his office, where many were mounted on the walls.
In 1952, he corresponded with early decoy collector Carter Smith. Smith told him about a William Basnight swan that he bought out of Raymond Rodgers' barn loft in Wanchese, N.C. Smith wrote that there were four swans left, two with heads and two without heads. He suggested that Spann send a letter to Rodgers if he wanted one of them.
In later correspondence, Smith wrote that "the Butler girl said you picked up the swan decoy. Give me the details when you have time." He also gave Spann some advice: "When I say collect, I mean 'for free' or 2 bucks max; to hell with expensive stuff."
On Sept. 15, 1957, Spann, along with 27 other people, died when the plane they were in crashed at the New Bedford, Mass., airport on a return flight from Martha's Vineyard. His wife, Anna-Louise, was one of three survivors. After she recovered from her injuries, she wrapped Spann's decoys in newspaper and packed them in cardboard boxes, where they remained until this spring. At that time, her daughter-in-law mentioned to Zac Cote at the Guyette, Schmidt, & Deeter Inc. gallery in Freeport, Maine, that they had some old decoys to sell, and that some were stamped "Elmer Crowell."
The following day, Gary Guyette was at the son and daughter-in-law's Connecticut home, where the boxes of decoys had recently been hauled down from the attic. It was one of those exciting times to be in the decoy auction business, unwrapping piles of decoys that had been in storage for over 50 years.
Repainted New Jersey blackducks followed original paint Elmer Crowell's and Ira Hudson's, as Gary unwrapped the decoys one after another. Each time he put his hand back into the box, he had no idea if he would pull out a $50 decoy or a $50,000 decoy. Spann collected at a time when there were great items just waiting to be picked, but little attention was paid to original paint. He explored sheds on Chincoteague, pulled ruddy ducks out of fishing shacks on Knott's Island before Bill Mackey, and found Ward Brothers decoys stacked in Crisfield a few years before Somers Headley started picking there.
Guyette, Schmidt, & Deeter Inc. is pleased to offer these newly "rediscovered" decoys in their November 2013 and February 2014 auctions.
To learn more, visit www.guyetteandschmidt.com. 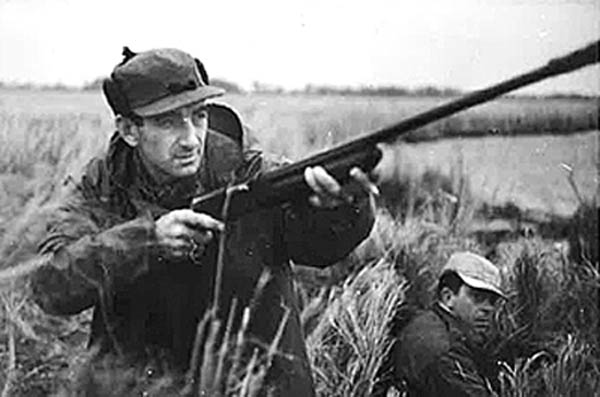