Litchfield County Auctions Summer Sale in Litchfield, Connecticut, offered a variety of items for dealers and seasoned collectors, as well as to those people just starting out in the world of collecting antiques and art. The sale offered an eclectic mix of traditional antiques and fine art, paired together with modern furniture, artwork and decorative items. With more than 1,000 lots in the sale, there was surely something for everyone, and something to fit every budget - from $50 to $15,000.
Overall, the sale achieved a sell-through rate of more than 80 percent, selling 835 of the 1,020 lots in the auction. Lots sold had a presale estimate of $370,000 to $615,000, and reached a sales total close to the high estimate at nearly $600,000, which includes auction sales and items sold in the tag sale. There were 3,271 bids entered in the online sale. Items sold to more than 368 winning bidders who hailed from 32 different states and several foreign countries.
Property in the sale featured items from some notable collections, including property from The Estate of Leon and Norma Hess - of Hess Oil and one time owner of the NY Jets (Park Avenue); The Estate of Interior Designer Barbara Girard (property removed from a Plaza Hotel Residence); The Estate of Helen Rolo, which featured an outstanding collection of Antiques & Fine Art; Property from the Woodlay Collection - from which a $200,000 Chinese soapstone seal was sold in our last auction (Westport, Connecticut); The Estate of Mrs. Frederick Bryan (Wingdale, New York); and The Estate of Virginia Dooley, Promoter, Protector, Companion and Friend of R. C. Gorman, as well as paintings from the estates of artists: Skaling, Giuseppi Napoli & Marks, and many other fine estates and collections.
There were highlights in the sale across the board, but specifically, the Antique Furniture and Decorations section featured some of the top lots. The highest selling item in the auction was a Regency parcel gilt ebonized marble-top Gueridon (English, 1810-1820), which sold for $17,400, more than tripling its high estimate of $5,000. Other highlights included: a Biedermeier Secretaire a Abattant that sold for $8,700 after receiving 20 bids; a 17th century Chinese blue and white vase lamp which sold for $8,100; a pair of Chinese Famille Rose vase lamps that sold for nearly $6,000; a copper alloy Bartolomeo Colleoni equestrian statue after Andrea de Verrocchio selling for $4,920; a Sino-Tibetan bronze immortal group that sold for $4,850; and a pair of large antique cast iron garden urns for $4,300.
Artwork in this sale also received a great amount of attention, as this auction included several fine Old Master paintings: a Still Life of Fruits, Flower & Animals that was attributed to Jakob Bogdani, which sold for $15,600; a 17th-century oil of ornamental birds in a landscape, Circle of Melchoir Hondecoeter, sold for $14,600; and a pen/wash drawing by Jean-Baptiste LePrince sold for $4,560. Other original works that reached high prices were two works by Paul Madeline, selling respectively at $9,300 and $2,460, both surpassing their high estimates. 20th-century works included a bronze by Rudolph Carl Gorman that sold for $1,750; and Runnin Wild, a 1960 painting by Giuseppe Napoli that sold for $1,900, far exceeding its presale estimate of $150 to $250.
American items strongly influenced this sale and featured these highlights: an 18th-century New England tavern table that sold for $5,160 after a bidding war of 22 bids, surpassing its pre-sale estimate of $600 to $900; an 18th-century William & Mary highboy (Boston) which sold for $5,460; a theorem with a bowl of fruit sold for $3,200; and a full bodied gilt copper and zinc cow weathervane sold for nearly $3,500. Other highlights included a group of 12 porcelain occupational shaving mugs that sold for $2,640 after receiving 14 strong bids against its pre-sale estimate of $500 to $800; 32 Chinese Export porcelain items in the Fitzhugh pattern sold for $2,660; and a pair of 19th-century Chinese tobacco platters sold for $2,600.
20th Century Art and Design also received fair billing in this sale - the proof shown by the bids received. A group of three blown glass vessels by Dale Chihuly sold for $4,260; two pairs of Buccellati sterling silver mushroom-form table articles sold for $3,900; a Vacheron Constantin 18K Gold, Rock Crystal, Jade and Enamel Potted Lilies of the Valley sold for $3,480; a Joyeria Milton Mexican sterling silver tea/coffee set sold for $2,360; 36 Cartier porcelain plates and bowls sold for $2,161; and two Steuben dark blue jade glass vases sold for $2,100. Plus, a sterling silver weighted model of a race horse and jockey (from the estate of Leon & Norma Hess), sold for $1,560, tripling its pre-sale high estimate of $500; a pair of 1930s Arte Moderne Brown Leather and caned hardwood lounge chairs sold for $1,340; and an art pottery vase by Karen Karnes sold for $1,170.
Litchfield County Auctions, an independent associate of iGavel, conducts 5 or 6 online auctions per year, each featuring fourteen days of online viewing with comprehensive cataloging and multiple online images. In addition, each auction also features five day-long traditional exhibitions at the gallery location, during which time a separate estates tag sale is also held.
The next sale will feature 20th-Century Modern Art Plus Design, Asian Arts And Antiquities together with European Antiques, to be viewable online beginning September 26th and concluding on October 10th. Items will be exhibited at their Litchfield Gallery over Columbus Day weekend from October 5th to 9th. Following that sale, LCA will hold their 4th Annual Holiday Jewelry and Couture Auction in November, with an exhibition to be held over Thanksgiving weekend. Consignment inquiries are invited for both of these auctions in addition to subsequent upcoming sales to be held in the Winter of 2013.
Litchfield County Auctions (LitchfieldCountyAuctions.com) is located at 425 Bantam Road (Route 202) in Litchfield, Connecticut, and can be contacted at info@LCAinc.us or (860) 567-4661. 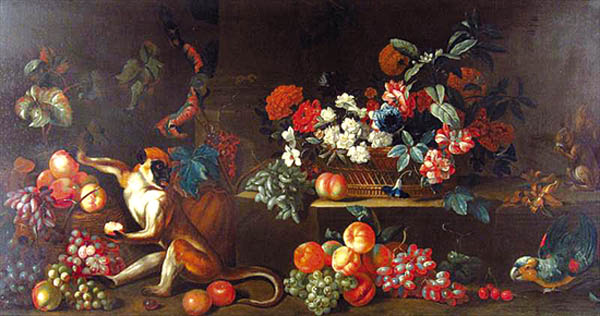