A 1986 Michael Jordan rookie trading card set a world record on Aug. 30 when it sold for $420,000 at a public auction of sports memorabilia held by Heritage Auctions in Dallas, Texas.
That smashes the previous record set just a couple months ago in May, when Heritage sold a 1986 Fleer Michael Jordan No. 57 PSA Gem Mint 10 for $96,000.
The Jordan rookie that sold on Aug. 30 during the Summer Platinum Night Sports Collectibles event is the lone 1986 Fleer Michael Jordan No. 57 graded a Pristine 10 by SGC. The Gold Label card just became the gold standard.
The Michael Jordan rookie card came to us ungraded, and we knew it was special from the very first moment we saw its condition, said Chris Ivy, Heritages director of Sports Auctions. The SGC Pristine 10 Gold Label grade represents the best of the best, and that was reflected by the world-record price.
No doubt the endless streaming of the documentary series The Last Dance continues to impact Jordans popularity and collectability, and if ever one needed proof that 2020 was, among many other things, the Year of MJ, look no further. In April, best-ever Jordan rookie cards were setting records merely by surpassing the $50,000 mark. A coveted card has become a golden ticket for some collectors. That was evident throughout the first night (and early morning) of this recent two-day special sale.
A complete 132-card 1986 Fleer Basketball Cards complete set, each card graded PSA Gem Mint 10, sold for $186,000, far higher than the pre-auction $120,000 estimate. And a 1986-87 Fleer Basketball Wax Box with 36 original unopened packs, possibly including the sought-after MJ card, sold for $105,000.
Jordan might have retired in 2003, but that hasnt stopped him from racking up more titles in 2020.
To learn more, www.HA.com. 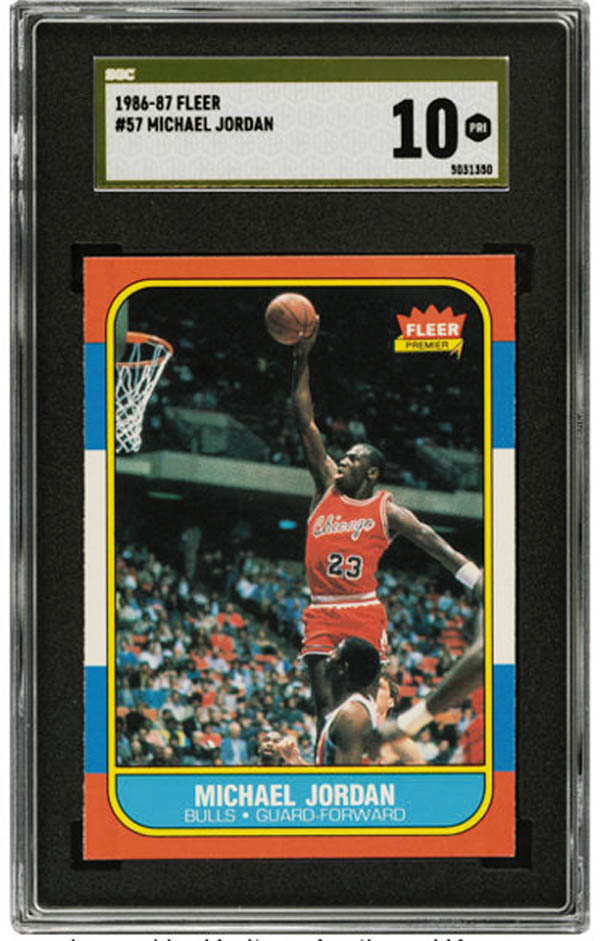