On Sept. 30, Hindman Auctions realized over $2.1 million in its American Furniture, Folk and Decorative Arts Auction. The sale set a new world auction record for an Andrew Clemens sand bottle, which sold to a private collector for $956,000. Offered with an estimate of $100,000-$150,000, the sand bottle received heated bidding activity, with 64 bids being placed over a 6-minute period from $70,000 to the final sale price. The auction was the most successful American Furniture, Folk and Decorative Arts Sale for the company. With over 1,000 bidders participating and 39 states represented, intense bidding activity was seen throughout multiple sessions.
We are delighted with the results of the sale, said Wes Cowan, vice chair of Hindman and founder of Cowans Auctions. The sale was a true testament to the expanded reach of Hindmans American Furniture, Folk and Decorative Arts Department. There are excellent collections in the Midwest, and the remarkable bidding engagement from across the country illustrated how this category has developed under the leadership of Ben Fisher, Hindmans director of Americana.
Of the more than 100 documented Clemens bottles, this is the only known example exhibiting a portrait. An impressive bottle measuring 8 and 3/4 inches in height, the bottle dates from the late 1880s, and the subject is an almost photographic depiction of Orrin O.T. Fuller (1859-1929) of Savanna, Ill., at the age of about 4 or 5 years old. The image has a photographic quality that suggests Clemens used a carte de visite, a photo popular in the 1860s, as the model. Similar to many of Clemens works, The Boy in the Bottle has remained in the Fuller family since it was made, but the reason for its purchase is unknown. Most Clemens bottles were commissioned as gifts, and this is the most plausible explanation for this example.
Though the family has no direct knowledge for why it was made, O.T.s older sister, Angeline Fuller Fischer (1841-1925), likely commissioned The Boy in the Bottle as a parting gift for O.T. Due to Angies profile within the national deaf community, it is inconceivable that she would not have known of Andrew Clemens, the deaf-mute sand artist from McGregor, Iowa. When The Boy in the Bottle was made, Clemens fame had spread up and down the Mississippi River and beyond, carried by local newspaper stories and visitors to McGregor. By the 1880s, Clemens had honed a technique enough to advertise prices for his work, and his bottles would have been recognized throughout the upper Mississippi Valley.
Other standout works also included a two-foot carved marble bust of Benjamin Franklin, possibly by Giuseppe Ceracchi (1751-1801), modeled after the original by Jean-Jacques Caffieri (1725-92), which tripled its presale estimate to realize $53,125. Cerrachi came to Philadelphia in the late 18th century and was known for having executed busts of other important American figures, including George Washington and Thomas Jefferson, that were based on European examples. A pair of portraits of American banker, merchant and philanthropist Moses Michael Hays and Rachel Myers Hays, the sister of famed New York silversmith, Myer Myers, achieved a strong price of $40,625. This pair of historical portraits, attributed to Gilbert Stuart (1755-1828), descended to the Hays eldest daughter, descending in that family line to the current owners.
The Wes and Shelley Cowan collection also saw strong bidding activity. A paint decorated poplar blanket chest by Jacob Werrey (1838-93) brought $34,375, more than triple its presale estimate. Of the known Werrey chests painted in this style, this is generally acknowledged to be the best preserved, demonstrated through the maintenance of its original vibrant paint. Carl Freigaus Baldknob and Mastadon at 4 Years realized $10,625, more than double its estimate.
Other highlights included a Chippendale plum-pudding mahogany slant front desk, attributed to John Goddard, Newport, R.I., ca. 1760, which sold for $12,500.
For further information, visit www.hindmanauctions.com. 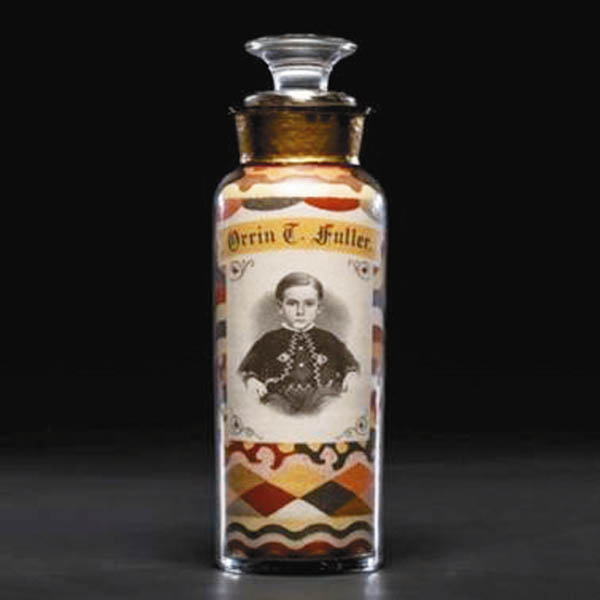