Show promotor Connie Gleed will be holding a new show, titled Gathering on the Farm, in Gettysburg, Pa., on Saturday, May 22. There will be 16 dealers set up under tents, plus a barn. The owners shop will also be open in two log cabins on the property. The show will be held at 1042 Bullfrog Road, Fairfield, Pa., from 9 a.m to 3 p.m. Admission is free of charge.
A sheriff sale purchase 40 years ago, the farm is the home of Linda and Joe Bowden. It was love at first sight. The log portion of the house dates to 1740, and the stone, to 1830. In 1930, an addition was added to the stone portiont. The Traders Cabin behind the house dates to 1720. From the 1730s into the 1740s, it was a dwelling for Swedish explorer Hans Steelman, an Indian trader and interpreter.
After the Battle of Gettysburg and prior to Confederate troops moving South, diaries tell stories of temporary bivouacs/camps set up on the farm. The Bowdens raised sheep on the land, and the house and barn are registered by Historic Gettysburg as historic structures. The Traders Cabin remains among the earliest structures in the area.
In the last 10 years, Bowden restored the original bake oven at the rear of the kitchen. The main cabin was built by Bowden and houses their antiques shop.
A living history group in period attire will attend the show, and four $50 cash door prizes will be given out to show goers.
For more information on this country and primitive antiques show, call Connie Gleed at 717-919-4206 during business hours. 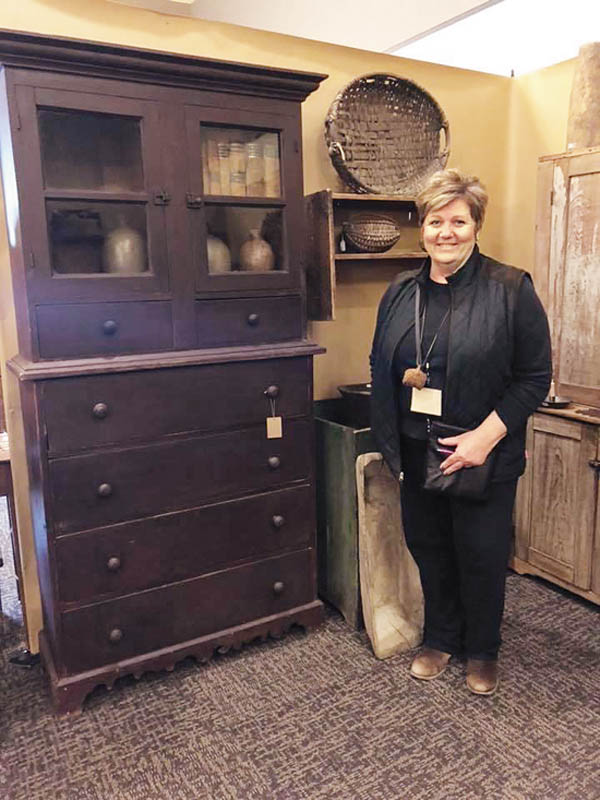