After what many saw as a surprisingly good year for antiques during this global pandemic and rocky economy, some people wondered if the market would continue to hold up. Well, in Southeastern Pennsylvania, Pook & Pook kept the good times rolling with an Americana sale that saw many great results. With a total just over $1.8 million, this Jan. 28 and 29 sale was a stunner. Even though the auction was limited to online, absentee, and phone bidding, nothing could stop the eager bidders vying for the exceptional items, except for, of course, a very literal stop to the action caused by a brief power outage mid-sale. Even with this brief break in the action, over 98 percent of the lots sold. Topping the sale was the pair of Philadelphia combback Windsor chairs. The rare and ever-so-slightly mismatched pair, likely made for a husband and wife, brought $79,300. Prices reported include a buyers premium.
The sale began, as Pook and Pooks previous few have, with the continuation of an exceptional collection of mocha, one that has not yet disappointed. The prized piece this time around was indeed the large bowl with twig decoration that opened the sale and finished up at $5,612. Day one of the sale also featured several show-stopping pieces of fine art, such as a Charles Morris Young oil-on-canvas that brought a total price of $31,720, and a winter landscape by Arthur Meltzer that deservedly rang up an $18,300 total, along with several nautical themed paintings like the William Stubbs piece depicting the ship named the Alice Winslow, whose winning bid came in at $7,930.
The sale also showcased plenty of Ohio furniture, which included a Mennonite wardrobe that fetched $17,080 after premium. The painted poplar wardrobe, dated 1846 and inscribed Elisabeth Hofstetter, was Sonnenberg in origin. Sonnenberg was a village settled by Swiss Mennonites in the first quarter of the 19th century. The Wayne County, Ohio, town is today referred to as Kidron. In the 1960s, dealer Cheese Miller bought the wardrobe and the house it was in. It was not an uncommon practice in that era for an antiques dealer to buy furnished real estate for the main purpose of obtaining its contents. Dealer Mary Thornton owned it next and reportedly paid $450 for the wardrobe. Thornton was a well-known dealer. Her estate sale was held at Garths in 1976, where the wardrobe brought $4,500. Fast forward, it sold again at Garths in 2007, bringing $29,900. The buyer at the Pook & Pook sale was an Ohio collector.
Taking the second overall slot at the two-day auction was an Ohio painted Dutch cupboard realizing $43,920, and there were four tall case clocks that each chimed in over the $10,000 mark when all was said and done. The cupboard, in original red with a striking blue interior, was from Smithville, Ohio, ca. 1870, likely made by cabinetmaker Adam Kurtz. The Smithville Community Historical Society has a related cupboard. Pooks cupboard sold at Garths in 1995 for just under $26,000 to New England dealer John Sideli, who sold it to Connecticut folk art dealer Allan Katz. Katz took it to the Winter Show in New York City in 1996. It was bought by an Ohio collector, who years later sold it back to Katz. The cupboard was again at the Winter Show in 2014 as the centerpiece in Allan Katzs booth, tagged $175,000. Pooks consignor, another Ohio collector, bought it privately from Katz. For more on Kurtz (1843-1921) read Artistry of the Cabinetmaker which was the 2010 book by the late Joe Irvin and Paul Locher on Wayne County, Ohio furniture.
The auction, which featured classic Philadelphia furniture like the aforementioned chairs and clocks, also had an array of more eclectic treasures. A small collection of Russian enamel wares brought a final total of $23,124, and an unsual pocket globe in a shagreen case brought a total of $7,995 after heated bidding. On the topic of globes, a silk embroidered globe made by a student at Westtown School (Chester County, Pa.), ca. 1807, came in at ten times the high estimate at $5,612. A 4.75-inch-tall wooden carved rooster atrributed to Wilhelm Schimmel with some paint flaking sold for $5,368. It brought $5,451 on Nov. 11, 2011, at the Breininger sale held by Pook & Pook.
The big surprise of the sale was a New England chip carved wall box, which came in far and beyond the high estimate of $4,000 to sell for $24,400. The auction hall, composed entirely of the auction staff, broke out in applause after the hammer fell. The hugely successful sale was a reassuring display for collectors everywhere, as it demonstrated the renewed strength and vitality in the marketplace.
Pook & Pook Inc. Auctioneers and Appraisers is located in Downingtown, Pa. Their spring auction line-up includes a Native American Auction; a firearms, militaria and sporting auction; a single owner sale; an antique toy auction; and another Americana and International auction.
For additional information, call 610-269-4040 or email info@pookandpook.com. 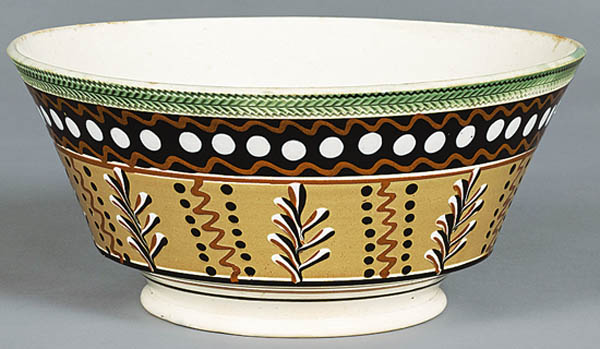