Anyone who might have thought that the Kennedy mystique was fading was clearly not on Nantucket Island, Mass., on Aug. 3 when JFK's family dining table and chairs sold at auction for $65,000. The dining table, consisting of two "kissing" tables and a assembled group of 10 Windsor pine dining chairs, was used by JFK, his family, and members of his entourage at the family's Hyannisport compound. They sold to a young couple who are summer residents of the island. The items were consigned to Rafael Osona for the Aug. 3 annual Americana, Arts & Marine auction by an anonymous owner. They had previously changed owners in 2005 at a Sotheby's auction.
Rafael Osona Auctions, renowned for its consistently high quality decorative arts auctions of 18th-, 19th- and 20th-century objects, is owned by Rafael and Gail Osona. With 15 auctions a year, including specialized catalog sales such as the annual summer Americana, Fine Arts & Marine auction, the business is based in historic Nantucket.
While the Kennedy items were certainly the most famous items in the sale this year, the highest priced lot was a painting by Anne Ramsdell Congdon (1873- 1958), which sold for $87,500. For more information, visit www.rafaelosonaauction.com. 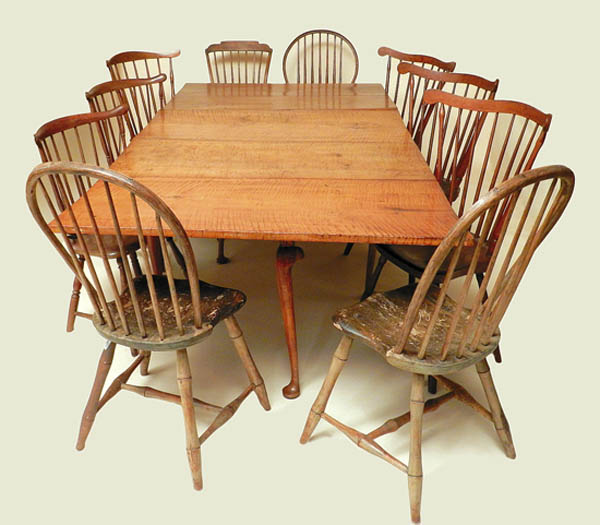