On Feb. 20 and 21, Clars Auction Gallery hosted a Fine Art, Decorative, Jewelry and Asian Art sale, which experienced intense bidding, particularly from the Internet, on the property from several major estates and collections. Overall, the sale performed with strength in all categories, achieving $2.1 million, but it was the Asian category that generated surprises, driving several lots to astonishing prices.
The Asian category is always offered in the final session of Clars Sunday sales and, in perhaps the spirit of saving the most exciting for last, online bidders queued up for a fight to the finish on three lots in particular.
Among the first lots that were offered in this session was a Chinese Longquan type ice-crackled brush washer estimated to sell for $800-$1,200. The bidding opened at $900, and the battle of Internet bidders drove the final sale price to $89,250.
Just six lots later, it happened again. A Chinese celadon wall vase with an apocryphal Qianlong mark was expected to achieve $1,000-$1,500. The bidding opened at $500, and this time, it was competitive bidding from the floor, phones and Internet that drove the final price on this piece to $77,350.
Fast forward 20 lots and a Chinese turquoise gauze Jifu dragon robe, late 19th/early 20th century, blew past its presale estimate of $3,000-$5,000, selling for $45,750. The Jifu robe and the celadon wall vase came from a private Oakland, Calif., estate.
All of the excitement was not reserved for the Asian category. The sale offered a number of important fine art works that experienced competitive bidding from the domestic and international markets.
Topping this category's offerings was the oil-on-canvas titled "Eglise de Chatou by Maurice Utrillo (French, 1883-1955). A classic example of this artist's work, it achieved $77,350.
Another anticipated offering was "Mallards on the River (1886) by Jasper Francis Cropsey (American, 1823-1900), who was one of the most respected painters of the Hudson River School. Bidding on this work opened at $20,000 but quickly escalated to a final sale price of $44,625.
A watercolor by John Marin (American, 1870-1953) titled "Boats in a Harbor, 1927, more than doubled its high estimate by selling for $28,650. Also doubling its estimate was a striking bronze sculpture by Angel Botello (Puerto Rican, 1913-1986) titled "El Nino," which earned $23,800 fueled by competitive bidding. Earning $23,800 as well was a rare woodcut by M.C. Escher (Dutch, 1898-1972) titled "Day and Night (1938) from the collection of professor Kurt Servos (Menlo Park, Calif.). The oil-on-panel titled "View of a Lake" by Albert Bierstadt (American, 1830-1902) sold impressively for $21,420.
Also of note in this sale were four works by Wolf Kahn (American/German, b. 1927) that cumulatively achieved $36,592. "Winter in Holland," 1860, an oil-on-panel by Barend Cornelis Koekkoek (Dutch, 1803-62), which sold well for $19,040. By Armand Palliere (Brazilian/French, 1784-1862) was his oil-on-canvas of Dona Amelia-Empress Consort of Brazil, circa 1828, which likewise achieved $19,040.
From the American Folk Art School (19th century) were two works that both achieved double their estimates. The first, an oil-on-panel of the steamer "Jonas C. Heartt," and the second, "Portrait of Jonas Coe Heart," sold cumulatively for $17,255.
Rounding out this successful sale was the bronze sculpture by Evgeny Aleksandrovich Lansere (Russian, 1848, 1886) titled "Wealthy Merchant," 1886, which sold for $17,850, and turning back to America, by Will Sparks (1862-1937), his oil-on-canvas titled "Palace of Fine Arts (San Francisco, Calif.)" sold for $14,280.
Solid prices and some unexpected surprises fueled the excitement of the Decorative Art and Furnishings session. Topping this category was a George III double fusee bracket clock by Ellicot, London. Executed in the Chinoiserie taste, this clock was offered for $4,000 to $6,000. It grabbed the attention of serious collectors, and spirited bidding drove the bidding well past estimate, finally chiming in at $35,700.
A number of highly desirable offerings came from the Birmingham Museum of Art. Among these was a late 19th-century Louis XV-style Chinese porcelain presse papiers that was expected to achieve $400-$600 but quickly soared past to sell for $5,562. Also achieving well over estimate was an exquisite Continental cut crystal hanging candelabra that realized $8,925. Rounding out the highlights from the museum was a circa 1900 Mahal carpet, West Persia, that realized $6,454.
The Modern furniture offerings attracted competitive bidding. Achieving almost twice its high estimate was a New Hope School low table by Phillip Lloyd Powell (1919-2008), which sold for $9,520. Also selling for over high estimate was a pair of easy lounge chairs by Warren Platner (American, 1916-2006) for Knoll 1725, which earned $7,735.
In Sterling offerings, the highlight was the sale of a Russian .875 silver trompe l'oeil art basket by Ivan Khlebnikov, Moscow, 1885, which brought $5,950.
And finally in jewelry and timepieces, sapphires and diamonds reigned supreme. Two rings took top spot in this category. The first was a sapphire, diamond and platinum ring sporting a center shield cut sapphire weighing 5.68 cts which sold for $9,520. The next was also a sapphire, diamond and platinum ring centering a cushion cut sapphire weighing 3.25 cts and surrounded by diamonds with total weight of 1.91cts. This ring achieved $5,355.
A complete list of prices realized from this two-day sale is available at www.Clars.com.
Clars Auction Gallery is based in Oakland, Calif.
To learn more, email info@clars.com. 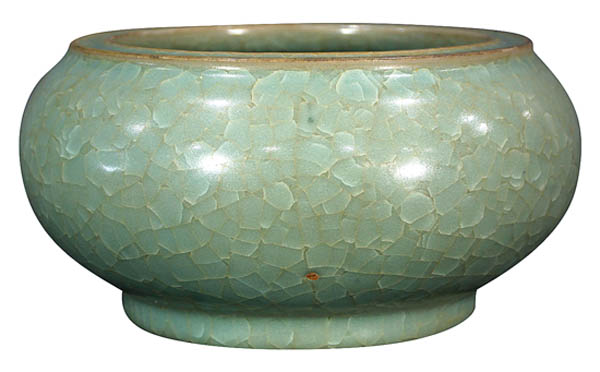