An extremely rare miniature portrait of Kinheche, a Chickasaw dignitary, was recently acquired by The Colonial Williamsburg Foundation. The painting is exceptional not only because early portraits of American Indians are scarce but because this example is of a named sitter and not merely a generalized likeness. It is also remarkable because it was painted by a female artist, Caroline Dudley (1802-32).
We work diligently to ensure that the foundations portrait collection represents the full range of early American society, but images of known American Indians from this early date are extremely rare, said Ronald L. Hurst, senior vice president for education and historic resources and chief curator. The portrait of Kinheche provides a compelling human face that will be an invaluable aid in telling the stories of Indigenous peoples during the early 19th century.
This small likeness, which measures approximately 2.75 inches high by 2.25 inches wide and is a watercolor painted on ivory, was made by Dudley in Franklin, Tenn., in August 1830, when she was 28 years old. She and her father, Guilford Dudley, were among the spectators invited to witness the treaty summit between President Andrew Jackson and the Chickasaw Nation. A relative of Carolines mother had served as President Jacksons Secretary of War and was one of the treaty commissioners. According to family lore, the young woman was so impressed by the appearance of Kinheche that she was inspired to paint his portrait. At the time she completed the painting, she was likely a teacher at either the Young Ladies Boarding School run by her mother, Anna Bland Eaton Dudley, in Williamson County, Tenn., or at Mrs. Longs School in Franklin, which was run by her sister, Judith. Caroline died just two years after this painting was completed, and the piece descended through the family until 2004.
Colonial Williamsburg has a rich collection of works by school girls ranging from needlework to paintings on velvet. The portrait of Kinheche adds to our understanding of the various kinds of artwork being offered to young women in female academies, said Kate Teiken Rogers, assistant curator of paintings, drawings and sculpture.
To understand the historical context of the miniature portrait, one must first look to the War of 1812, during which the Muscogee Creeks had allied with the British and wanted to limit American expansion in the Southeast. When the Muscogee attacked American settlers at Fort Mims, near Lake Tensaw, Ala., in August 1813, what became known as the Creek War began. The Chickasaw Nation joined U.S. troops and militia in suppressing the Muscogee toward the end of the war in late 1813. William McIntosh, also known as Tustunnuggee Hutke (White Warrior), was a prominent Creek chief who led a brigade of American Indians, which included Chickasaw warriors, in support of General Andrew Jackson in the Battle of Horseshoe Bend. It was the defeat of the Muscogees at this battle in 1814 that ended the Creek War. Kinheche served as a corporal in McIntoshs brigade. McIntosh was appointed a brigadier general of the United States Volunteers by Jackson and was integral in the early negotiations and cessations of Creek land to the United States.
In the portrait, Kinheche is shown wearing a fringed hunting shirt adorned with accessories that indicate his status as a warrior and leader among his people. He is wearing silver arm bands, a set of three silver gorgets (ceremonial military pendants worn around the neck and hung from a cord) and a silver headband around a turban with attached black ostrich feathers. In his right hand he is holding a bow and appears to have the hilt of either a dagger or dirk at his waist.
In May 1830, Congress passed the Indian Removal Act, which began the forced relocation of thousands of American Indians. In August of that year, President Jackson invited the Chickasaw Nation to a treaty council in Franklin, which was the first such treaty negotiation under the act. Many of the Chickasaw dignitaries selected for the Franklin Summit were those who had fought in the Creek War, including Kinheche; others had served directly under Jackson in the Battle of New Orleans during the War of 1812. Signed on Aug. 31, the treaty finalized details related to the Removal Act, including the exchange of their remaining land in Mississippi and Alabama for land West of the territory of Arkansas, with a stipulation that they could examine the land beforehand. If the land was not found suitable, the treaty would be null and void. Although the Chickasaw sent several delegations west of the Mississippi following the summit to look for land over the next two years, nothing suitable was found. During this time, the signing of the 1830 Franklin treaty created a land rush of white squatters who were eager to claim land currently occupied by the Chickasaws. By 1832, the Chickasaw Nation was being overrun, although the Franklin treaty was supposed to prohibit this from happening; the third Article of the treaty extended protections of the United States to the Chickasaws, but the Federal government did nothing to stop the land grab. Since no land was found suitable, the treaty was dissolved and was never ratified by Congress. Subsequent treaties were negotiated in 1832, 1834 and 1837, but eventually the United States paid the Choctaw Nation for the western portions of their lands in present day Oklahoma for use by the Chickasaw Nation.
The portrait of Kinheche was purchased with funds courtesy of The Friends of Colonial Williamsburg Collections Fund. The portrait is slated to go on view at the Art Museums of Colonial Williamsburg on Feb. 24, 2023.
To learn more, visit www.colonialwilliamsburg.org. 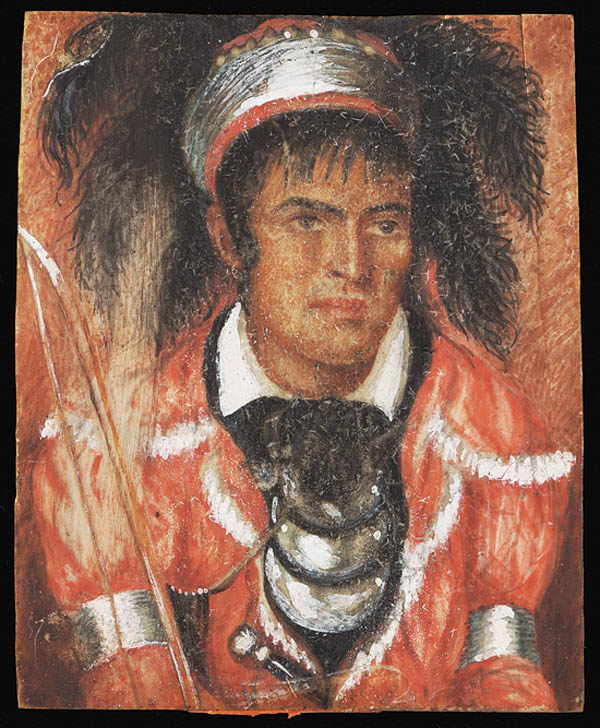