Sarasota Estate Auction To Sell 1,500 Lots Of Art And Antiques

Sarasota Estate Auction will hold its pre-fall two-day Fine Art and Antiques Extravaganza on Saturday and Sunday, Sept. 18 and 19. This latest sale, consisting of multiple collections, will feature on the first day a very large grouping of Steuben glass, both pristine functional objects and art glass, along with a score of 19th-century French clocks. There will also be many great paintings in the auction.
The second day will lead off with an oil-on-canvas by Peter Caledon Cameron and followed by an Eric Sloane painting of the New York skyline with one of its bridges. Over 800 lots each day of the sale will include Chinese, American, African and European artifacts, art, and bronzes, with a large collection of marble sculptures and porcelains from the 17th century.
American George Inness (1854-1926), often called "the father of American landscape painting, is best known for his works that exemplified the Tonalist Movement but also displayed an original and uniquely American style. An oil on canvas, Montclair, will go up for bids. An original piece by Howard Chesner Behrens (1933-2014) will also be sold. He was known to have said, Many years ago, I learned that the only way I can really achieve what I feel in my paintings is to create them using a palette knife instead of a brush. Additionally works sold will be from G.L. Brown (1814-89), Henry Justice Ford (1860-1941), and R. Yoshida (1868-1912). And not to be forgotten are works by Andy Warhol and Picasso on the block.
As always, the auction will include exceptional furniture and home furnishings such as American, Continental and English furniture.
Prospective bidders should contact Sarasota Estate Auction directly for in-house bidding or bid online with Liveauctioneers, Invaluable, Bidsquare or Auction Mobility. Previews and registering for phone bidding with a limited live audience can be arranged through the gallery, open daily except Sunday at Sarasota Trading Company, 522 South Pineapple, Sarasota, Fla.
For further information, call 941-359-8700 or visit www.sarasotaestateauction.com. The catalog is online. 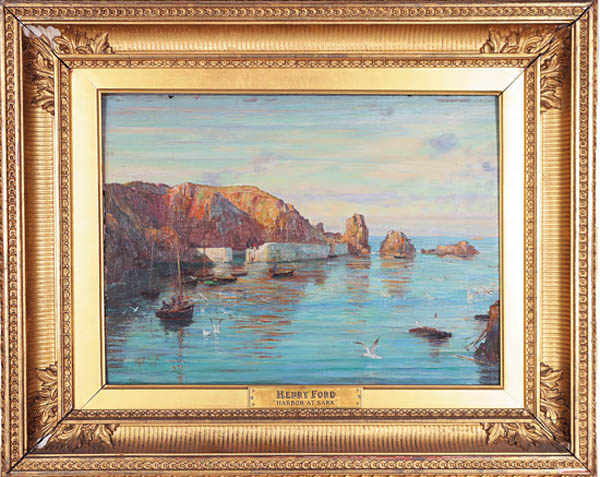