A few weeks ago, I was running through some offerings from an online antique seller and came across a selection of wares from the famed Nanking cargo. The ceramics all had little labels on the bottom from the landmark Christies sale back in 1982. The collection that was sold was a true time capsule of Asian export wares produced for the western market. They were made prior to the 1752 sinking of the ship Geldermalsen when the cargo was lost.
I remember when that sale was held and thinking how really wonderful it would be to own something from the wreck. Prices were high, and even though there were many big dealer lots, I never saw any of the items reoffered until now. What surprised me now is how reasonable many of the pieces were. Granted, the market has changed a lot in the subsequent decades when it comes to interest in ceramics; however, I was truly surprised to see not only on this dealers website but others how much material was currently available. Interestingly as well, I noted that the prices from U.K. dealers were generally double or triple those for similar items in the U.S. or Canada. My guess is that collecting ceramics of this type has a greater following in the U.K. than in the United States.
After digging around to remember the details of the Nanking sale, I started to find references to a host of other shipwrecks yielding Asian export ceramics. This included the Tek Sing, which sank in 1822, with more than 350,000 ceramic vessels recovered. And the Hoi An Hoard that contained one of the largest collections of 15th-century Vietnamese ceramics ever found anywhere. In both of these cases, museums were given quantities of items for permanent exhibition with the remainder being offered at auction.
I find the shipwreck cargoes fascinating not only because of their obvious novelty factor but because they are a snapshot of a particular moment in ceramic history. To see the range of the materials brought up reveals what the tastes were of the period. I noted in some subsequent descriptions of the wreck cargoes that writers talked about the poor quality and generic ceramics that made up the bulk of the cargo. Hello! That is exactly what makes these cargoes so fascinating as they reveal what people actually used rather than the cabinet pieces that have come down to the present day. It is a true window into the world of what people used in a very narrow time slot.
Collecting ceramics remains in my mind one of the still undervalued areas in the antiques world. I remember in the heady days of the 1980s and 90s when outrageous prices were paid for the most basic of items. Today, while the best always brings the best prices, the overall pricing remains down. Certainly, this is true when looking at both the availability and pricing for the shipwreck cargoes. I have seen very high prices being sought for truly major examples of shipwreck china, but I also have seen incredibly reasonable pricing out there for lesser examples. While we are all taught to push our limits on what we can afford, I would argue that an assembled tea set from shipwreck cargoes, which can be done very reasonably, would be a great investment for the future.
So dig around and take a look at these really cool treasures.

"Born to collect" should be the motto of Peter Seibert's family. Raised in Central Pennsylvania, Seibert has been collecting and writing about antiques for more than three decades. By day, he is a museum director and has worked in Pennsylvania, Wyoming, Virginia and New Mexico. In addition, he advises and consults with auction houses throughout the Mid-Atlantic region, particularly about American furniture and decorative arts. Seibert's writings include books on photography, American fraternal societies and paintings. He and his family are restoring a 1905 arts and crafts house filled with years' worth antique treasures found in shops, co-ops and at auctions 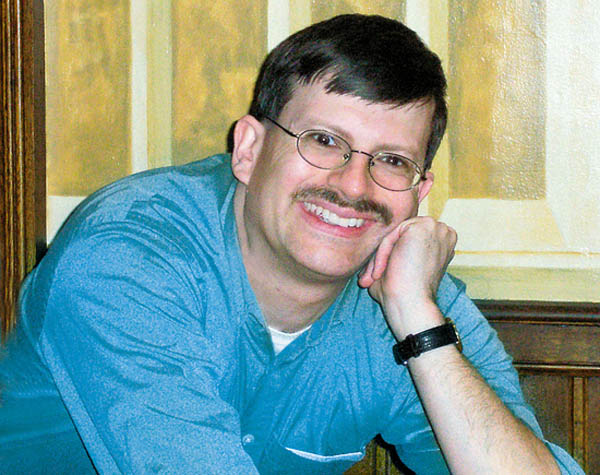