Tom Loose (age 73), of Dauberville, Berks County, Pa., (near Leesport) is a craftsman of extraordinary talent. A retired teacher, Christmas tree farmer, and whitesmith, Loose has created cooking tools and other household items such as lighting devices, trivets, sewing clamps, keyhole escutcheons, seam cutters, and more out of various metals.
Whitesmithing focuses on the refinement of metals using cold methods such as filing. A whitesmith can work with lighter metals such as sheet metal tin or iron. They possess the detail skills to do inlay work and embellish what would be an ordinary tool, elevating it into art. Loose did both whitesmithing and worked a blacksmithing forge.
The trades ran in his family. His great-grandfather on the material side handed down the art form through generations. His mother was bypassed, yet her brothers worked in metal. Loose was given some of his grandfathers tools as well as a few things he had made, sparking interest early on. Loose attended McPherson College in Kansas, studying Industrial Arts. In 1969, after moving back to Pennsylvania, he began teaching Industrial Arts at Conrad Weiser High School. That is how I got to know Lester, who was a big influence, said Loose. Lester Breininger also taught at Conrad Weiser.
Among his first endeavors were forks in 1970, which he stamped with initials TL and the date. He later used a T LOOSE stamp. In the mid-1970s, he would inlay utensils using molten brass, along with punch and file work. Vernon Gunnion once suggested I make a pipe tomahawk. I have no idea where it is now. I would probably not be impressed with parts of it. That was so long ago, said Loose, being self-critical. The truth is, his work ranks him among the finest late 20th-century smiths working in the traditional ways of the Pennsylvania Germans. Other traditional craftsmen in the region who worked in iron included Larry Long, Henry Dietrich, Hap Fisher, and Charles Rittle.
In 1977, Claudia Hopf published an article on Loose in Spinning Wheel magazine. The article really did a lot for me, Loose said. Because of it, the Smithsonian Institute contacted me about making spiral candlesticks for its gift shop and sales catalog. Eventually our contract included other things, and with the work, I paid off the house, which my father and I built. I made the cover of their catalog in 1979, and with the orders felt comfortable enough to leave teaching the following year and go full-time. I was so busy back then. It was the break that I needed and a real pivotal moment for me.
I had a student who was a talented woodworker turn the wooden bases for the spiral candlesticks. The student was Jeff Fiant, today known for his quality reproduction Windsor chairs.
Like other traditional craftsmen working in the heyday around the Bicentennial, when all things Americana and historic were vogue, Tom Loose played a role. He did demonstrations at shows and historic sites sharing his trade and art. The photos show just a small number of the things he created over his career. 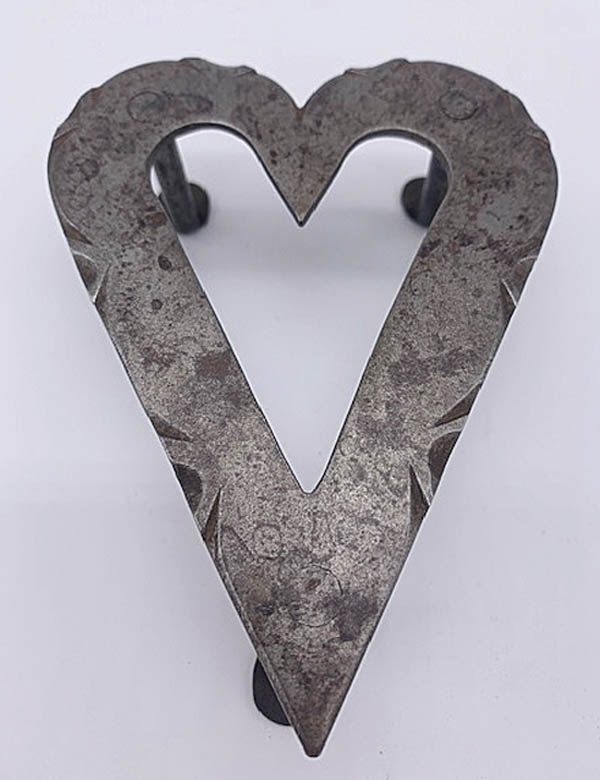