A U.S. one-cent stamp commemorating the Pan American Exposition of 1901 with an inverted center, an error stamp and one of the great philatelic rarities, sold for $5,500 at Holabird Western Americana Collections LLCs four-day Western Americana Auction held April 21 to 24, online and live in Reno, Nev.
The stamp, Scott Catalog #294A, was green in color and came with a service certificate from the American Philatelic Expertising Service dated May 19, 1976. It showed a graphic of a steamship (upside down) in an oval above the words Eastlake Navigation. The stamp probably would have sold for considerably more, but it wasnt well centered, a strike against it in the eyes of collectors.
Day one featured three major collecting categories, fine art, Native Americana (a popular staple at Holabird auctions), and philatelic, 172 lots of postcards and 71 lots of stamps. Another commemorative stamp, a $5 stamp for the Columbian Exposition of 1893, honoring 400 years since the discovery of America by Columbus, with a profile graphic of Columbus, went for $1,250. A Navajo squash blossom turquoise and coral necklace with a matching set of earrings signed by the famed Navajo artist, Victor Moses Begay, ca. 1970s-80s, sold for $1,438. It was a double-sided set (turquoise on one side, coral on the other).
Day two categories included jewelry, attire, bottles, toys, circus, gaming, liquor, tobacciana, the entertainment industry, sports, calendars, advertisement, autographs, photography, maps, transportation, militaria, firearms and weaponry, general Americana (geographically sorted) and miscellaneous collectibles.
A star lot was a group of 32 photographs taken by E. A. Hegg (1867-1947), a Swedish-born photographer who worked the Alaska-Klondike Gold Rush from 1897-1901 and in the process became one of the most famous photographers of the period. From his studio in Skagway, Alaska, he ventured all over the Alaska-Klondike regions, specializing in Dawson, Skagway, Bennett and scenic views associated with the railroad. The group sold for $2,000.
A group of 12 framed mining-themed trade cards and postcards including a rare, original Levi Strauss trade card from around 1885 and another one featuring an image of Molly Brown, fine examples of Gold Rush advertising, brought $1,438. Also, a gold nugget pin made by HDK Alaska, 2.5 inches long with a mammoth bone inset, realized $1,000. The back had a simple clasp that could be easily opened, but it also had a loop for the attachment of a safety chain.
Day three categories included mining, fossils, minerals, tokens and numismatics, which featured bullion, ingots, coins, currency, dies, ephemera, foreign and medals, plus exonumia (numismatics, but other than coins and paper money; a few examples are tokens, medals and scrip).
One of the highlights was a U.S. Mint San Francisco 23.06-ounce silver ingot, 999.75 fine, sizable at 2.25-by-3.5 inches, with original Mint patina strong throughout ($8,125). The San Francisco small oval punch was at top center, as usual. These are among the most popular of all U.S. silver ingots, this one being a larger example.
A large grab-bag lot of over 50 tokens and medals from Western states, from Nebraska to Hawaii, including National Parks medals and ones from Colorado, North Dakota, Washington, Montana, Oregon and New Mexico, earned $1,312. Also, a rare silver example of an unlisted U.S. Mint medal believed to have been struck in 1901 commemorating the assassination of President McKinley, 76.9 mm in diameter and in AU+ condition, found a new owner for $812.
The auctions final day contained over 600 lots, to include stocks and bonds (mining, railroad, etc.), advertising, tobacciana, 3D collectibles, toys and model railroading, photography, postcards, more philatelic, stamps, stocks, maps, general Americana and the ever-popular bargains and dealer lots. The bargains and dealer lots accounted for 388 lots alone.
Online bidding was facilitated by iCollector.com, LiveAuctioneers.com, Invaluable.com and Auctionzip.com. The full catalog could also be viewed online at www.holabirdamericana.com.
For further information, call Fred Holabird at 775-851-1859 or 844-492-2766. 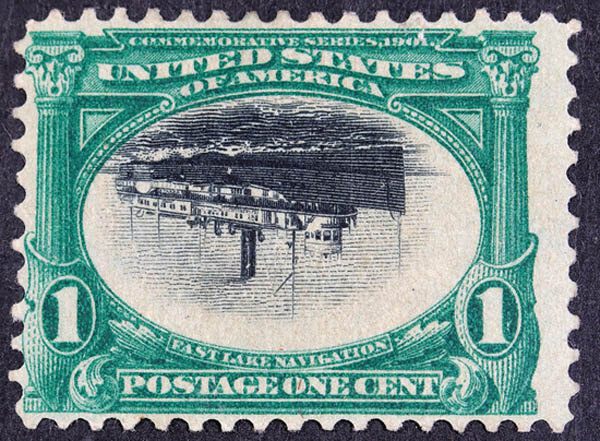