Father and son Luke and Clarke Witman of Witman Auctioneers held an onsite auction for Ned Foltz at Foltzs pottery shop outside Reinholds, in rural northern Lancaster County, Pa., on Aug. 24. Witman has held a number of sales for Foltz and his late wife, Gwen, over the years. The items sold included antiques and contemporary folk art the couple collected. Foltz has an enormous collection of Pennsylvania German contemporary folk art.
A large number of Walter and June Gottshall wood carvings sold. Walter (1921-2018) and wife June (age 98) of Reinholds are well-known for their folk carvings. Walter carved, and June painted. Their work has a sizable following in todays market, and the majority of the work sold well at the sale. Walter was Hattie Brunners nephew. His father, Luke Gottshall (1899-1993), was also a folk artist, as was his mother, Fannie (1891-1976).
Unlike other auctions held for Foltz, this one did not include the potters work. A former schoolteacher, Foltz has been a redware potter in the Pennsylvania German tradition for over 50 years. On the topic of redware done in this tradition during the last half of the 20th century and now 21st century, the name Foltz comes up first. Second is the name Lester Breininger (1935-2011). Unlike the late Breininger, Foltz operates a one-man shop producing the work on his own.
Some antique redware was in the sale, along with an assortment of baskets, prints, and woodenware, but folk carving was the dominant category. Tramp art carvings by Tim Strawser sold very well. His work is collectible. Several carvings by Dan Strawser Jr. also sold well. Strawser Jr. was set up, along with his mother, folk painter Barbara Strawser (Walter and Junes daughter), at the Friends of the Robesonia Furnace Summer Show and Sale that took place on the same day. The 52nd Lititz Springs Park Outdoor Antiques and Collectibles Show was also Aug. 24.
Aaron Martin Auction Service held a sale for Larry Strickler outside of Lititz on Rabbit Hill Road the same day, which included some wood carvings attributed to Joseph Moyer (1883-1962). Moyer, of Reading, Pa., worked in the late 1940s and early 50s alongside Fannie Zook. The work is very similiar. A songbird with both Moyer and Zook underneath brought $1,600, and another, $1,250.
Also that day, Conestoga Auction Co., of the Hess Auction Group in Manheim, held a catalog sale, and Dave Cordier of Cordier Auctions and Appraisals held a discovery sale in Harrisburg.
The Witman sale included folk carvings by Dan and Donna Strawser of Maine, Carlton carvings, Doug Shaw carvings, and two Schimmel-style carvings by Andy VanBrookhoven of Lititz. A small eaglet by Vanbrookhoven brought $220, and a carving of two roosters with a basket of flowers in the center went for $440.
The captions and pics tell more of the story of the Witman sale. Prices reported include a 10-percent buyers premium. Witman Auctioneers has offices at 657 Fruitville Pike, Manheim, Pa. They can be reached by calling 717-665-5735. 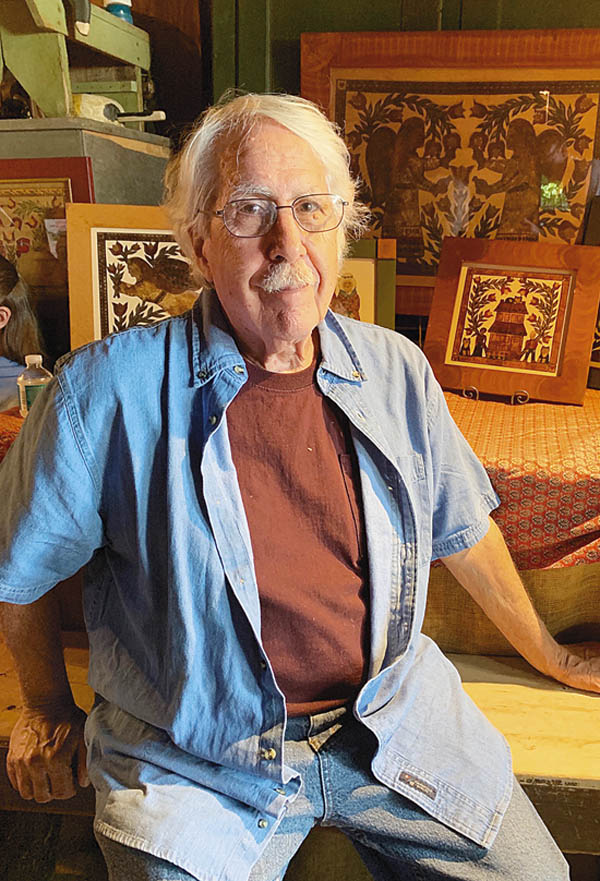