When folks walk into Zelmas and learn that the new owner purchased the store during the pandemic, the common reation is, You are either crazy or super smart? Sherry Clines response, I didnt want to see this store die, so I stepped in. In May of 2020, Cline purchased Golden Lane Antiques and Art Gallery in New Oxford, Pa. She was uncertain if/when it would reopen but was willing to fully launch online if needed. Pennsylvania allowed the reopening of nonessential businesses at the end of that month, so she opened the doors and got to work.
Now rebranded as Zelmas Emporium, one could say she did a number of things against the grain: bought a closed store, renamed it, reduced the footprint by closing the basement and second floor spaces, and removed items (dealers) that didnt make the grade, even though it meant losing rent payments. Set the bar higher by improving the quality of the antiques, and you attract higher quality customers, explained Cline. So far, it has been working; sales are up, and both customers and existing dealers are happy.
Cline knew confronting deferred maintenance would take time and resources. She has replaced the roof, replaced lighting with LEDs, and is in the process of upgrading the HVAC system.
So who is Zelma? Zelma is the face of the branding and Clines grandmother who raised her. Customers often do a double-take looking at the framed picture of Zelma from the 1930s, then looking back at Cline behind the counter, concluding the two look much alike. Customers love the sentiment, as does Cline. Antiquing can stir memories. Ive gotten choked up more than once seeing a planter, a Christmas ornament, a desk or a piece of jewelry that reminds me of my grandma and my childhood. You cant get that at Walmart.
Zelmas has a variety of merchandise, from fine art by listed artists to primitives, antique hardware, Chippendale, Empire, Federal, to Sherrys favorites: Tiffany, Art Nouveau, prisms and rococco. Cline started antiquing out of necessity (the rococco came later), needing a 1920s doorknob that led her to Golden Lane 14 years ago. While successfully procuring her doorknob, she was drawn in by the art and antiques in the store, and Golden Lane became a regular stop. A decade later, she was contemplating an early retirement plan, Golden Lane was for sale, and she was willing to take on the risk and challenge of antiquing as a career instead of a hobby. In these two years, it has turned into much more than a retirement plan, its become a family, and she cant see herself doing anything else. Shes fallen in love with Zelmas and even found love at the store as she met her future husband there. A spring 2023 wedding is planned, and the venue will be Zelmas.
Zelmas Emporium is located at 11 N. Water St. in New Oxford, Pa.
For additional information, call 717-624-3800. 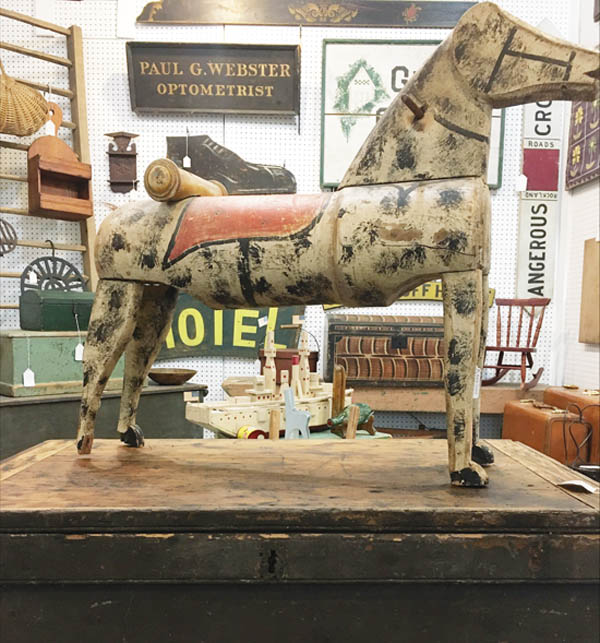