“What’s It Worth” Antiques Minute

In the simplest form, there are only two types of auctions, auctions with or without reserves. One with reserves allows consignors to sell with a minimum selling price, which is sometimes called a reserve price. If the bidding does not reach the minimum or reserve price, the item will not sell, and the consignor retains title to it. An auction without reserves is more commonly called an absolute auction. These are auctions without a minimum or reserve price. In an absolute auction, the highest bidder is the winning bidder, and title to the merchandise is transferred when the auctioneer says sold, whether the consignor is happy with the selling price or not.
Considering that the Uniform Commercial Code states that all auctions shall be considered With Reserve unless stated otherwise, why in the world would anyone want to risk their merchandise selling at absolute auction when they could protect themselves with a reserve? I hear this question all the time, and frankly I consider it to be the #1 obstacle to people consigning to public auction.
Believe it or not, there is a good answer to this question, and it is predicated upon the very premise that makes the auction process work. You need to understand that regardless of who the auctioneer is, where the auction is taking place, or what the merchandise is, the primary reason bidders go to an auction is in the pursuit of a bargain. If they wanted to pay retail price, they could go to a retail store and buy something off the shelf. No, people go to auctions looking for bargains. And if prospective bidders knew that everything in an auction was being sold with a reserve, they would not go to that auction. And without bidders, you dont have an auction. Its as simple as that.
Most auctioneers use absolute auction in order to attract the greatest number of prospective bidders, and once the bidders are at the auction, let the bidding begin. The more bidders who attend an auction, generally the higher the prices because of the heightened bidding competition.
This contrasts with a reserve auction, where the item for sale may not be sold if the final bid is not high enough to satisfy the seller. Although a reserve auction may generally be considered safer by the seller than an absolute auction, reserve auctions generally result in a lower final price due to the decreased bidding competition.
This doesnt mean that auctioneers never use reserves. They do. Rather it means that reserves are generally implemented only for certain types of merchandise and only in certain situations. Many auctioneers will be willing to accept a reserve on a high value item, where the consignors potential risk could be great. In these instances, most auctioneers believe that even with the reserve, the item will most likely sell to the highest bidder. However, you should understand that if you and the auctioneer agree to a reserve price, and if that reserve price is not met, you may have to pay the auctioneer a commission based upon that reserve price. This is called a buy-back fee.
Whats it worth? Some auctioneers charge a buy-back fee that can range from the full commission rate to a fraction of it, perhaps 50 percent to zero. When used, the buy-back fee is intended to cover the auctioneers expenses incurred in trying to sell the item. For example, with a 20-percent commission rate, a $1,000 reserve price, and a 50-percent buy-back fee, if an item fails to reach the reserve, the consignor would owe the auctioneer $100 ($1,000 x 20 percent x 50 percent) just to get the item back. Be sure you understand the type of auction you are consigning to and how the buy-back fee may work.

Mike Ivankovich is an auctioneer, appraiser, home downsizing expert, and host of the "What's It Worth? Ask Mike the Appraiser" radio show. Now in its fifth year, Whats It Worth airs live on Friday mornings from 9:30 to 10:30 a.m. on WBCB 1490 AM in the greater Philadelphia area. It is available on the internet at www.WBCB1490.com.
Listeners can also visit the radio show website at www.AskMikeTheAppraiser.com.
To contact Mike Ivankovich, call 215-264-4304. 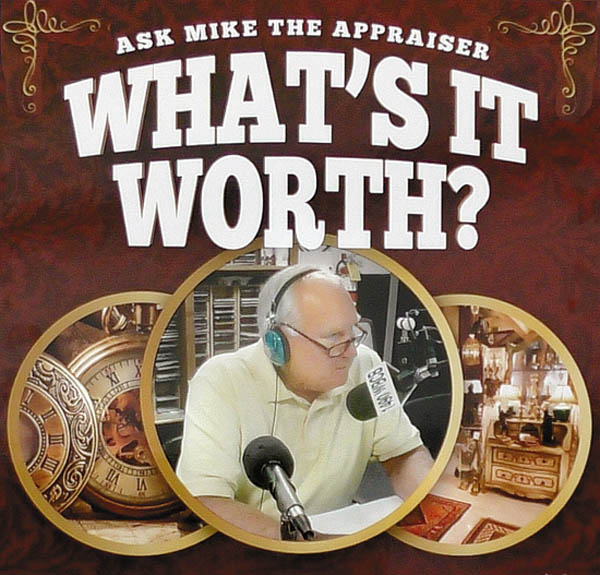