Written especially for students, Joel A. Moores book Up From Corinth takes the student reader into the events of the Civil War through the experiences of a peer. Duane Kinkade is eleven years old as he goes into battle as a Confederate drummer boy in search of his father, a Confederate soldier. His fathers last letter spoke of action in western Tennessee, so it is that Duane enters the war in April of 1862 at a place called Pittsburg Landing near a church called Shiloh. Up From Corinth tells the story of Duanes experience in that battle, where he falls wounded and ends up in the care of a Union surgeon; and the year that follows through the summer, fall, and into the winter of 1862-1863, ending with the battle at Stones River, near Murfreesboro, Tennessee, on New Years Eve.
The books author recently retired after forty-two years as a teacher, and moved to Lancaster County, Pennsylvania, to be near three generations of family.
Moore did signings at Ephrata (Pennsylvania) Public Library and at Treasure Hill Antiques and Collectibles on Route 23 in Morgantown, Pennsylvania, following the books release. He will do a presentation about Boys of the Civil War and his book at the Aston Township Historic Society in Delaware County, on Thursday evening November 10. Then, he will return to Treasure Hill on the weekend of November 25 through 27, for another book signing and sale. The event will include displays of artifacts and documents relating to the period of the story and to the experiences of the storys main character, 11-year-old Duane Kinkade. Also available for sale will be unpublished manuscripts of the complete set of books comprising the story, Journey Into Darkness, of which Up From Corinth is a part.
For the immediate future, Moores plan is to get his first book to as many students as possible, especially since this coming April begins the 150th anniversary of the battles included in Up From Corinth, and to gain publication of the entire series of Journey Into Darkness, as soon as possible. Afterwards, he hopes to publish another significant work, Summer of Two Worlds, the story of Prairie Cub, born white but raised by a Sioux warrior who had to push his son back into the white man's world when history brought an end to the Indians way of life. Mr. Moores most recent work is a short story, West to Freedom, A Story of Friendship which tells the story of Thomas Reynolds effort to help his best friend, Daniel Russell, a slave by birth, to escape westward into Indian Territory. All of these works are illustrated using photography by the author.
Up From Corinth is available at the Chester County Book and Music Company store in West Goshen; The Chester County Historical Society Museum Store in West Chester; Aarons Books in Lititz; on the website upfromcorinth.com; and on the web from BarnesandNoble.com, Amazon.com, and Xlibris.com. It has been given to the libraries at Exton, Downingtown, Coatesville, Gap Family Center, Honey Brook, Morgantown, Ephrata, Lititz, and the Fox Chase Branch of the Philadelphia Public Library System. Recently it was accepted to the faculty section of the West Chester University book store. Preview materials have been given to the Chester County Intermediate Unit and Social Studies coordinators or school librarian at Coatesville Area High School, Downingtown Area Middle School, and Pequea Valley Middle School. Early in September, Up From Corinth and preview materials were sent to the managers of the stores at the battlefield parks of Shiloh, Perryville, and Stones River, all battles included in the book. The review process takes months and it is hoped the book will be accepted in time for the 150th anniversary of those battles in 2012.
At the same time, the authors model railroad has to be rebuilt in its new home and theres time to be spent with a granddaughter in high school with events to be shared. There will also be time for children, grandchildren, and great-grandchildren in the local area, and time to journey to North and South Carolina to visit a son and his three-generation family. 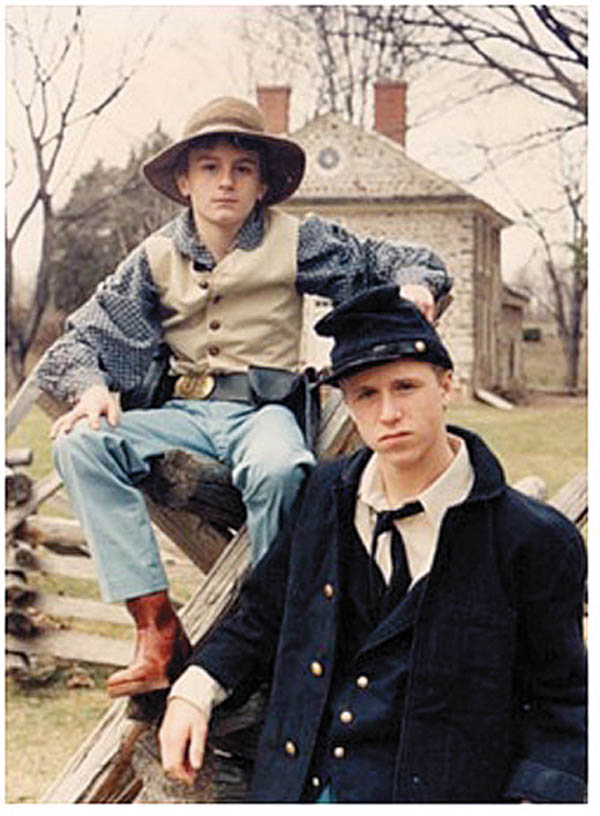