Candy containers are small toys, made of glass, that were filled with tiny candy pellets. The candy was held in the glass container by metal strips, screw caps, or cardboard inserts.
American candy containers began to be popular in the late 1800s. The first documented pieces were shaped like two important Philadelphia monuments - Independence Hall and the Liberty Bell. Both can be traced to the Philadelphia Exposition in 1876 in Philadelphia, Pennsylvania. By the early 1900s, manufacturing of candy containers was in full swing. These new toys, designed to appeal to children, also became a collectible for adults, primarily because of the wide range of designs created. The shapes were historical in nature, war-related, holiday-themed, comic strip characters, animals, doll bottles, furniture, and many more.
After the candy was eaten, little boys could play with a three-piece New York Central or Overland Limited train; they could run cars, buses, and trucks through the sand, or play Cowboys and Indians with a glass gun! War-related items like jeeps, ships, and airplanes were certainly in demand for playing Army games. Girls could buy a baby bottle for their doll, Flossie Fisher metal and glass furniture for their dollhouses, telephones, lamps and lanterns, rolling pins, irons, even cups for drinking.
The holiday designs for Christmas (Santa Claus), Easter (rabbits, ducks, chickens), Halloween (Jack O'Lanterns, pumpkin-headed policemen and witches) and other special holidays inspired another whole group of collectors.
Close inspection of these glass toys reveals the intricate detail that went into the designs. In the early years, a craftsman would create an individual mold for each design. The glass part of the container was then either pressed or blown into the mold, one at a time. Then, after cooling, it was hand painted by women. How time-consuming!
The Great Depression stopped production from 1929 to about 1939. Manufacture started to pick up again in 1940. During the war, production was switched to an automated assembly line, as the demand was so great that factories couldnt keep up. Thousands could now be made in a day. The scarcity of metal during this period caused closure material to be changed from metal to waxed cardboard, cork stoppers, and wood. After the 1950s, plastic replaced the glass as a cheaper material. Some of these later pieces were manufactured with whistles made of plastic attached to a cardboard tube. Eventually, all manufacture stopped less than one hundred years after it began.
These highly sought after glass toys were sold at railway stations and 5 & 10 cent stores, through mail order catalogs, such as Sears & Roebuck and Montgomery Ward, and at souvenir stands.
Most of the manufacturers were located in a very small area of Pennsylvania, owing to the abundant supply of natural resources needed in the manufacture of glass. Jeanette and Grapeville were the two towns where most manufacture took place. The major manufacturers from this area, operating during the height of the industry were: West Brothers Company; T.H. Stough; Westmoreland Specialty Company.; Westmoreland Glass Company; Jeannette Glass Company; Victory Glass Inc.; L.E. Smith; J.H. Millstein; and J.C. Crosetti Company.
I started collecting candy containers in the early 1980s. My first piece, Felix by the Barrel, came from my mother-in-law's attic. Next, I picked up a New York Central coal car on a tray lot at an auction. Then, I met a dealer at a local flea market who presented me with a vast array to choose from. I was now hooked on collecting these little pieces of glass. Thirty years later, my collection exceeds 900 pieces, plus several hundred more for sale or trade!
Prices have increased today. Reasons include the lack of availability; the fragile nature of the containers; and the increased number of collectors. Bidding at online and inhouse auctions gets hot and heavy at times, when a particularly rare piece is listed. The prices range anywhere from $25 for the very common ones, up to $5,000-plus for the hard to find examples. Here are some recent prices paid for rare candy containers: country club bus, $2,225; 1920s refrigerator (very rare piece), $6,050; metal bungalow village with glass insert, $2,090; Statue of Liberty, $7,200; and kaleidoscope (one of a kind), $22,425. Recent prices for some common pieces include: 1028 locomotive, $30; beaded lantern, $25; waisted nursing bottle, $30; and telephone, Victory Glass Company (dial type), $40.
Since the advent of the Internet, and the symbolic shrinking of the world, collectors have found candy containers from Argentina and Uruguay, Europe and Japan.
The Candy Container Collectors of America was organized in 1984 to promote candy container collecting internationally, to educate and inform those who collect, and to encourage new collectors. The clubs quarterly newsletter, The Candy Gram, provides news and information on candy containers and related collectibles. Each issue contains photographs, some unusual or rare. Club dues ($25 per year) include receiving the newsletter and eligibility to attend the annual convention. For more information, contact Jim Olean, Membership Chairman, 115 MacBeth Drive, Lower Burrell, Pennsylvania 15068; or visit the clubs website: www.candycontainer.org/index.html.
Editors Note: The author can be contacted by email at twht43@att.net; or phone him at (717) 533-3716 to discuss candy containers! 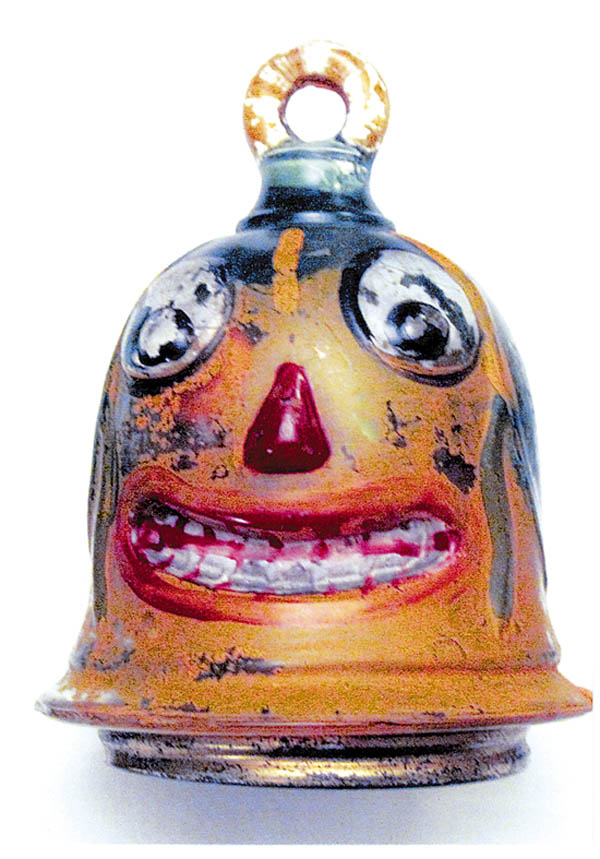