Estate Sale To Be Held In Nazareth, Pa.

On Saturday, Oct. 12, Richard Dotta Auction Co. of Nazareth, Pa., will present a special antiques auction for the estate of photographers H. Richardson Cremer and his grandfather, James Cremer. Their collection is extensive, consisting of Civil War era U.S. flags, plus works by several major photographers and artists.
One important flag is a Grand Old Union flag, ca. 1860-70. Sometimes referred to as a Continental Replica, it is the first true flag representing the 13 united colonies under the Dominion of England. The example is all hand-sewn with remnants of linen and chain stitching and measures 30-by-57 inches.
There are two 35 star flags which are ca. 1863. The first flag measures 40-by-68 inches and has hand sewn muslin cotton stars that are oxidized to a mellow white. There is slight staining but strong colors. The second West Virginia flag has 35 stars in straight rows. The stars are hand sewn double appliqued muslin cotton. There is a twill sleeve with two button whipped stitched grommets, Canton and stripes are hand sewn wool bunting, and it measures 34-by-60 inches.
Another interesting flag is from the Indian Wars era. It has a circular star design enclosing a large single star representing the Colorado statehood of Aug. 1, 1876. This is a rare configuration of stars printed on wool bunting. There is a hollow linen that appears to be machine chain stitched. This flag has slight mothing in the lower right and is 18-by-28 inches.
Featured in the section of the estate sale dedicated to photography will be antique glass negatives, celluloid negatives, stereo cards, antique camera equipment and printing equipment, oil paintings, and a large selection of silver gelatin prints both by H.R. Cremer and his artist friends, including two important works by Margaret Bourke-White.
James Cremer (1821-93) was a practicing photographer in Philadelphia for 40 years. He worked at the beginning stages of the practice, notably practicing photography as an art form. When he realized there was opportunity in stereo cards, he established his own Stereoscopic Emporium, or stereo card publishing business, on South Eighth Street. Cremer was the largest supplier of stereo cards in Philadelphia. Over 200 cards attributed to him will be included in the sale. In 1876, he was an exhibitor in the Centennial Exposition held in Fairmont Park.
Harry Richardson Cremer was the grandson of James Cremer. Harrys father, Frank R. Cremer, was also a photographer in Philadelphia. H. R. Cremer lived in Wilmington, Del. Shortly after high school graduation, he attended the Pennsylvania Academy of Fine Arts for two years. H. R. Cremer made his living as a business diagnostician specializing in the import and export of products. Photography was a serious hobby, and he began exhibiting his work in 1924. He was a charter member of the Photographic Society of America and president of the Brooklyn Institute of Arts, Photography Department (now the Brooklyn Museum). In this auction are over 200 of H. R. Cremers images, many with stamps on verso of exhibitions near and far, from New York to Japan.
In his art world dealings, H. R. Cremer met and photographed fellow artists such as photographer Margaret Bourke-White and illustrator W.H.D. Koerner. He shot a large image of Margaret Bourke-White reclined on a sofa, with her own images in the background. The exposure tests for this particular image are included in the auction, shedding light on the extensive procedures involved in darkroom printing. Koerner was known largely for his Saturday Evening Post covers throughout the 1930s and was photographed by Cremer in the process of painting his famous Arapahoe Charge.
Austrian born artist Leon Dolice was known to Cremer, as his six engravings of New York City bear handwritten notes to him, intended as gifts. Among H. R. Cremers mentors was Theodore Marceau, and several portraits taken in his gallery in New York City are in the sale. The relationship between the Cremers and Nickolas Muray is unknown, but his famous silver gelatin print, Desha, is in the collection.
The Margaret Bourke-White images are in very good condition but are not affixed to their original embossed mats. The mats bear Margaret Bourke-Whites signature on the front and the photographers stamp and title of the image on the back. Each print is 9-by-13 inches. There are no markings, but each image is embellished by a fine black handpainted outside edge. Gas Tanks is a particularly iconic image with bold, dramatic shapes and soft toning. The descriptive label reads, Storage Tanks for gas. I.G. Farben, Leunewerk, Germany, (Chemical & Dye trust). Bourke-White was the first person granted permission to photograph subjects inside the U.S.S.R., and The Accordion Player is a wonderful example of what she saw there. The descriptive label reads, Young Russian Worker, photographed in the U.S.S.R. 1931 at the village of Magnetnaya. This print shows some silvering in places, but it remains arresting with its high contrast and aggressive layout. These works are excellent examples of early to mid-century American photography.
Not to be outdone by famous artwork, tools of the trade provide a glimpse into the photographic world of both of the Cremers time periods. In the estate sale will be examples of practically everything used in the craft from photo paper boxes dating to the 1920s and 30s stuffed with test prints and trials to 4-by-5 Kodak and Pony cameras with their original film holders. There are contact printing frames and a retouching easel, many glass negatives, some of Independence Hall and the Zoological Gardens of Philadelphia. The negatives range in size from 4-by-5, 5-by-7, and 8-by-10 to an astounding and rare 11-by-14 inches.
The Richard Dotta Auction Company is located at 330 W. Moorestown Road, Nazareth, Pa.
To contact them, call 610-759-7389. 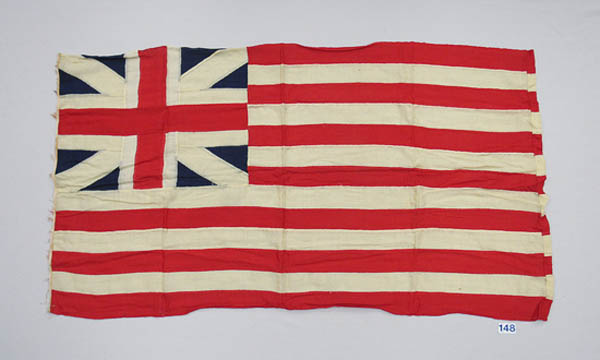