George Frick and the Frick Company has been a household name in the region for over 150 years. In 1853, the Frick Company was established to build horse-powered and steam engines under the patents of Peter Geiser. These engines would revolutionize history by greatly reducing the time and labor it took to harvest and process grain.
In 1861, the large two-story Frick Co. building was erected on Broad Street in Waynesboro, Pa., to manufacture and distribute these amazing machines. The Eclipse on Wheels was the first portable steam engine produced by the Frick Co. in 1874. It was primarily used for threshing grain, ginning cotton, sawing lumber, and, on occasion, transportation. In 1876, the Eclipse was presented with the gold medal for best in its class at the Centennial Exposition, the first official Worlds Fair held in Philadelphia. Then, in 1880, the Fricks Eclipse engine bested 25 other competitors at the great exhibition in Melbourne, Australia.
The sales of steam engines reached their peak with an annual sale of 700 engines per year in the first decade of the 20th century. The Frick steam engine business came to an end in 1945. In the 70 years between 1876 and 1945, the Frick Co. sold nearly 13,000 portable and small stationary engines and roughly 4,500 traction engines.
Now for the first time in many years, one of these rare steam engines will come to public auction. Hurley Auctions of Greencastle, Pa., is honored to conduct a live public sale of one of George Fricks first steam engines, the Eclipse on Wheels. The auction will be held Saturday, Nov. 5, starting at 8:30 a.m. at 305 Roxbury Road, Newville, Pa., and will include an entire estate of tractors, blacksmithing and railroad items, truckloads of furniture, antiques, and tools. Multiple auctioneers will be selling all day.
Photos of items may be viewed at www.hurleyauctions.com, and items will be available for inspection an hour prior to the start of the auction.
For further information, contact Hurley Auctions at 717-597-9100. 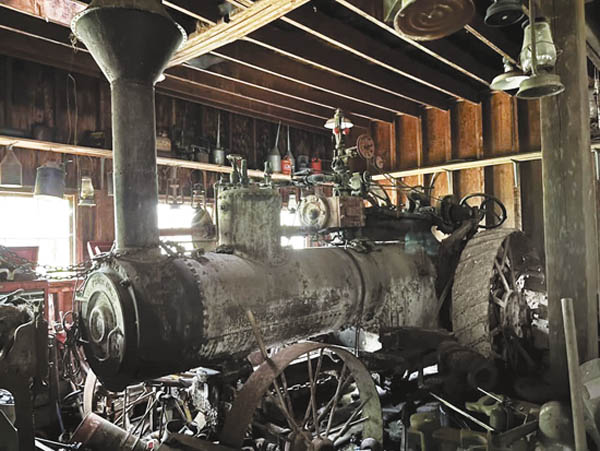