Formerly Marvel Comics’ Director Of Publicity And A Professional Convention Stager, Guzzo Earned Cred In The 1980s As owner Of A New York Comic Shop

In line with their continued goal of growth through providing top-notch services to its clientele, Hakes Auctions has appointed comics industry veteran Gary Guzzo to the position of comic art consultant and artist representative. In his new capacity, Guzzo will use his extensive experience and connections to secure original art for auctions, including fresh-to-the-market pieces, and help to authenticate material. He will also act as a liaison between Hakes Auctions and the artists who are looking to sell their work.
As a result of his career path to date, Guzzo has a thorough knowledge of both the music and comics industries. I literally spent half my life in the music biz and the other half in comics. I saw my first live concert at 13, but even when I was cemented in that business, it always came with a side order of comic books, commented Guzzo.
Starting as a comic book reader, he became a collector after attending his first New York Comic Art Convention and discovering The Overstreet Comic Book Price Guide. While working in the music business, he temporarily drifted away from regularly buying comics. Then, in 1984, Guzzo decided to open his own comic shop, Amazing Tales, located in Dobbs Ferry, N.Y. It quickly outgrew its 12-by-20-foot storefront and moved to a larger location.
I became very friendly with the sales departments at Marvel, DC, and Archie Comics, so Amazing Tales quickly became a store with almost weekly comic book creator appearances and a place that comic book pros would hang around in, so I became very involved with publishers, artists, writers and the like, he recalled.
He sold the shop in 1989 and subsequently launched his own staging company specializing in convention A/V services. He moved his business location to Manhattan, which put him near Marvel Comics, where he remained in touch with two friends there, Lou Bank and Steve Saffel. They kept Guzzo apprised of openings at Marvel.
The national staging company I started with a partner did corporate convention work, designing and building large convention booths and specializing in large video presentations. Over time, one type of staging company would morph into another. Eventually, Guzzo sold his share in the firm and began to explore other options. As luck would have it, Lou Bank contacted him to see if he could help to organize a relief program for those affected by Hurricane Andrew.
Working with retailers, radio and TV stations, the National Guard, and the Red Cross, Guzzo helped establish a relief package for affected retailers as well as produce a multi-day entertainment program for kids affected by the storm.
Bank then invited Guzzo to join the Marvel staff. Guzzo became director of publicity, tasked with connecting the company with the press and Marvel readers. He began by meeting with Robert and Carol Overstreet of The Overstreet Comic Book Price Guide and Don and Maggie Thompson of Comics Buyers Guide, and they developed a new open-door policy for releasing material to the press and to fans. Aspects of the job included escorting Stan Lee to various appearances, as well as running their convention services and creating an impactful Marvel Con booth.
As Marvel downsized dramatically, I left to become a publicity and marketing consultant for new start-up companies, working for Broadway Comics, Acclaim/Valiant, Byron Preiss, Central Park Media, and numerous small publishers, stated Guzzo.
After Guzzo and longtime Marvel graphic designer Dawn Geiger were married in 1995, they opened Atomic Studios, a graphic design and marketing firm specializing in entertainment and tourism. A few years ago, they transitioned to comic book production via what is now called the Atomic Studios Bullpen.
As the comic art consultant and artist representative for Hakes, whose parent company is the comic-industry leader Geppi Family Enterprises, Guzzo joins Hakes formidable staff specialists Sean Rutan (comic art) and Tom Gordon (comic books). In his new position, Guzzo will draw on his comprehensive knowledge as a collector, comic shop owner, Marvel publicist, and consultant.
Guzzo said that as an artist representative, his long-range goal is to keep a steady stream of original comic book art, mostly unseen for decades, flowing through Hakes Premier Auctions. I will act as an in-house representative for artists and their estates and as an advisor and curator who can bring the consignor the best possible return on their items by being aware of the depth of the material they have and bringing that material to auction in a logical and profitable way.
Over the past few years, Hakes has added several consultants and specialists to our staff, passionate collectors and respected experts in their fields. This now continues with the addition of Gary Guzzo, a person who has a pedigree that is second to none. Garys exuberant passion and impeccable reputation are a perfect fit for Hakes. Even after 53 years, Hakes is always looking to take things to another level, and with bringing Gary on board, Americas first collectibles auction house has done just that. We hope artists, bidders and consignors enjoy working with Gary as much as we know we will, said Hakes president, Alex Winter.
To learn more, call Hakes at 866-404-9800 (toll-free) or 717-434-1600. 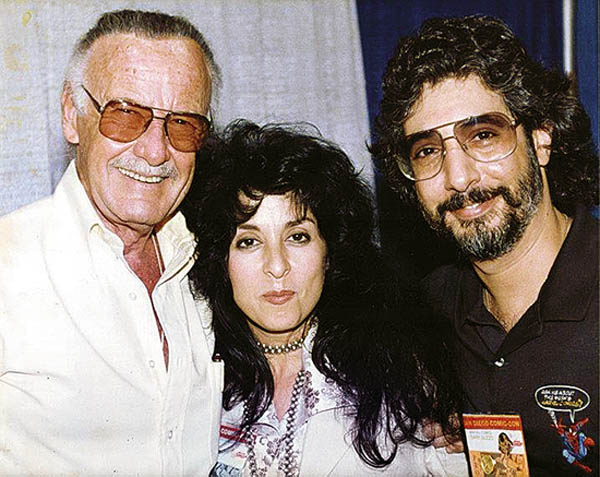