An international call to arms resulted in an $8.4 million total at Morphys May 27, 28, and 29 auction, which teamed a Founders and Patriots Arms and Militaria session with a two-day lineup of Extraordinary, Sporting and Collector Firearms.
Phone lines buzzed nonstop while Morphys internet live-bidding platform, Morphy Live, kept online bids flowing in from all over the United States and abroad. Any question as to the strength of the market for rare firearms and important militaria was resolved by the end of our sale, said Morphy Auctions founder and President Dan Morphy. From our vantage point, we could see just how strong the hobby is right now. In addition to advanced collectors who went for the very rare and unique pieces, there were many enthusiastic new collectors who were guided by our experts meticulously detailed catalog descriptions. At every level, buyers were thrilled with their purchases.
The undisputed star of the Founders and Patriots session was a ca. 1765-70 Revolutionary War presentation pipe tomahawk made by Fort Pitt armorer and future Army general Richard Butler and inscribed to Lieutenant John McClellan of the Pennsylvania Riflemen. Arguably among the most important and best-known American tomahawks in existence, it was featured in the 2005 traveling museum exhibition, "Clash of Empires: The British, French & Indian War, 1754-1763 and counted amongst its previous owners the Earl of Warwick (Warwick Castle, England), who loaned the tomahawk for display at the Tower of London. Opening at $240,000, it sold to an American buyer for $664,200, a world-record auction price for a tomahawk.
Another extremely rare presentation pipe tomahawk, dated 1760, was a gift from King Louis XV to Indian-chief allies of the French in North America during the Seven Years War. It took in a hefty $168,000.
Revolutionary War-era firearms were in great demand, as well. A book example of an (A) P1756 British Long Land .80-caliber smoothbore musket of the 43rd Regiment of Foot, whose distinguished record included engagements at Lexington, Concord, Bunker Hill and Yorktown, commanded $73,800. Made in France and exported to New England, an M1763 fusil, or musket, with bayonet was marked for the 1st New Hampshire Battalion by Exeter, N.H., silversmith John Ward Gilman in 1777. It closed at $49,200. Another highlight was one of only two surviving examples of a Hanoverian-pattern 1776 flintlock rifle, .68-caliber rifled, from 200 rifles originally ordered from August Heinrich Huhnstock of Hanover, Germany, by the British Board of Ordnance on Jan. 4, 1776. It went off to a new owner for $34,440.
An American Revolution-era bloodstone seal with 13 stars representing the colonies and engraved For Liberty I Live is believed to have been created for a member of the Sons of Liberty, with metalwork very likely by Paul Revere, who was a member of the secret revolutionary group. The seal was bid to $23,370.
Few, if any, people alive today ever witnessed the uncanny shooting expertise of Annie Oakley (1860-1926), the diminutive star of Buffalo Bills Wild West Show. Her last professional appearance was nearly a century ago, yet her legend has never waned. A top prize in Morphys sale was Oakleys own custom-made Stevens Model 44 .24-20 single-shot rifle engraved in high relief with her name on one side and the city where she lived, Nutley, N.J., on the other. It is the very gun shown on three pages of R.I. Wilsons book about Buffalo Bill. Estimated at $200,000-$400,000, the rifle handily surpassed expectations to sell for $528,900, the top seller of the May 28 and 29 firearms sessions.
Recently discovered and fresh to the market, an exceedingly rare, near-mint H. Fox FE grade 20-bore shotgun with case was engraved CHROMOX FLUID STEEL / SAVAGE ARMS CORP., UTICA, N.Y. U.S.A. and twice signed by W.H. Gough. One of only six guns of its type ever produced, it had a spectacular run before settling at $159,900.
In extremely fine and choice condition, a Parker DHE 28-bore skeet shotgun with case came to auction with a PGCA letter indicating it had originally shipped in 1939 to Iver Johnson Sporting Goods in Boston. It was pursued to $58,880. Made in 1991 and in extremely fine condition, an Ivo Fabbri 12-bore over/under shotgun engraved by G. Studeto/Creative Arts realized $58,425.
Antique machine guns, which are classified as curios and relics, draw an avid following to Morphys firearms sales. An original Colt commercial Model 1919 Browning automatic rifle (B.A.R.) machine gun in beautiful condition sold for $61,500, while a Beretta 9mm Model 38A came with political provenance. This particular machine gun had been amnesty-registered by 1964 U.S. presidential candidate, the late Senator Barry Goldwater. It sold for $46,740.
The most talked-about, asked-about handgun in the sale was a rare Singer Manufacturing Co. M1911-A1 .45 ACP semi-automatic pistol in outstanding original condition. It is one of 500 that were made during World War II, mostly for the U.S. Army Air Corps. It rose rapidly to a final selling price of $129,150.
A visual trompe loeil oil-on-canvas painting by Astley D.M. Cooper (American, 1856-1924) included depictions of notable Native Americans Sioux Chief Red Cloud and Princess Prairie Flower, as well as images of Indian relics and a buffalo. The 1905 artwork by a recognized and well-respected frontier painter sold for $135,300.
Prices quoted in report include a 23-percent buyers premium.
To learn more, call 877-968-8880 or email info@morphyauctions.com. 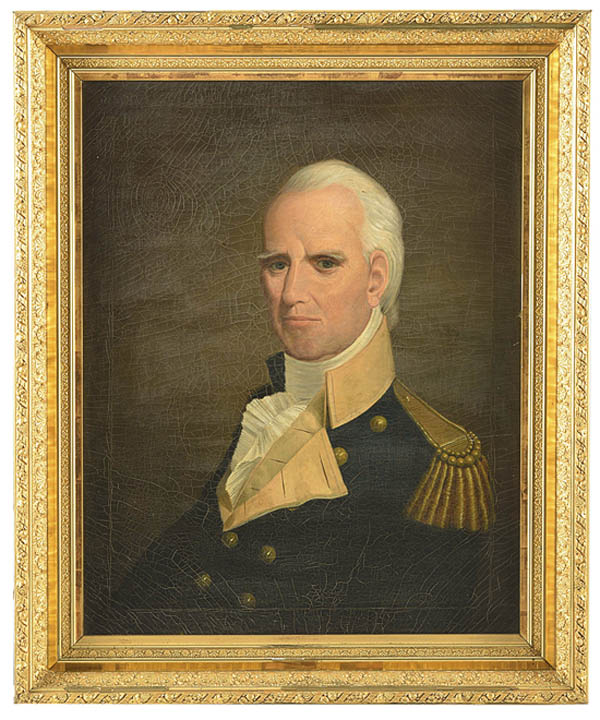