The Morgan Library & Museum proudly presents Imperial Splendor: The Art of the Book in the Holy Roman Empire, ca. 8001500, which will run through Jan. 23, 2022. The exhibition offers a sweeping overview of manuscript production in the Holy Roman Empire, one of the most impressive chapters in the history of medieval art. Rarely seen by the general public, these illuminated manuscripts are among the most luxurious works of art from the Middle Ages. Designed to edify, to entertain, and above all to embody the sacred, these manuscripts and their spectacular illuminations retain the ability to dazzle and inspire modern audiences just as they did those of the Middle Ages. Encompassing at various times parts of modern-day Germany, Switzerland, Austria, the Czech Republic, Poland, the Low Countries, and northern Italy, the Holy Roman Empire played a crucial role in the patronage and development of the arts of the book.
Throughout the Middle Ages, scribes and artists across the empire developed an array of visual techniques that transformed their manuscripts into vivid manifestations of power, prestige, and tradition. From dyed parchment and gold ink to full-page frontispieces and sweeping cycles of narrative illustrations, the striking features of these manuscripts lend them great presence and rhetorical grandeur. As this exhibition demonstrates, these books were not only repositories of knowledge, but also artistic protagonists used in rituals and ceremonies, agents of reform, and tools of propaganda.
The first major presentation of this subject in the English-speaking world, Imperial Splendor brings together some 70 manuscripts from collections across the country. Arranged chronologically, the exhibitions three sections focus on different thematic points. Imperial Networks examines the precedents set by Carolingian and Ottonian Emperors, devoting attention to the development of a visual rhetoric of power. Imperial Monasteries demonstrates the important role of monasteries in the production of manuscripts as well as the closely related issue of aristocratic patronage. The final section, Imperial Cities, takes visitors on a tour of important urban centers in the 14th and 15th centuries, from Vienna and Prague to Cologne and Nuremberg. This final stop includes a consideration of the impact of Albrecht Dürer (14711528) and humanism on the arts of the book. Many of the manuscripts in Imperial Splendor were acquired under the leadership of Belle da Costa Greene (18791950), the Morgans founding director and first keeper of manuscripts.
Through her keen eye and widespread connections to leading scholars of the day, Greene was instrumental in shaping the collection and fostering access to it. Highlights of the exhibition include, in the first section, the 10th century Golden Gospels (Germany, Trier, ca. 980), produced under Ottonian patronage. This spectacular manuscript was written entirely in gold ink on purple-painted parchment. The intended recipient is unknown, but in the 16th century it was owned by King Henry VIII of England. A highlight of the second section is the astounding Berthold Sacramentary (Germany, Weingarten, ca. 121517), which came about after a fire in 1215 consumed the monastery at Weingarten. Major relics were lost, and the abbey church had to be rebuilt. In this context of renewal, Abbot Berthold engaged a professional painterknown as the Berthold Masterto illuminate this Mass book, one of the great masterpieces of 13th-century painting. The manuscript preserves its original silk textiles and treasure binding. The final section features the monumental Geese Book (Germany, Nuremberg, ca. 150710), the largest manuscript in the Morgans collection, which was made for the church of Saint Lawrence in Nuremberg, and donated to the Morgan by Samuel Kress in 1961. Because of its exceptionally large size (65.4 x 44.5 cm), the manuscript has not been displayed publicly in over 20 years.
The Morgan is thrilled to bring to light the group of rarely seen manuscripts presented in Imperial Splendor, said the Morgans director, Colin B. Bailey. With many of these manuscripts having been among J. Pierpont Morgans most important early acquisitions, a taste extended under the guidance of founding director Belle da Costa Greene, the topic has deep roots at the Morgan, indeed, stated Joshua ODriscoll, Ph.D., the Morgans assistant curator of Medieval and Renaissance Manuscripts and co-curator of the exhibition. Imperial Splendor builds on one of the great strengths of the Morgans renowned holdings of illuminated manuscripts: its collection of Central European manuscripts, long acknowledged as one of the finest outside the German-speaking world. The exhibition also features important manuscripts from collections across the country, including institutions in Los Angeles, Chicago, Cleveland, Baltimore, and Philadelphia. In many instances, it marks the first time that related manuscripts from these collections have been brought together.
Collections across the United States hold a great wealth of illuminated manuscripts from Central Europe, material that by its nature is often hidden from view. For the first time, this exhibition brings together many of the most important to present an ovrview of the illustrated book across the entire span of the European Middle Ages, from the 8th century right up to the Reformation. These books were intended to dazzle, awe, and instruct anyone privileged enough to view them, and to this day they still do, said Jeffrey F. Hamburger, Kuno Francke Professor of German Art and Culture at Harvard University and co-curator of the exhibition.
The Morgan Library & Museum is located at 225 Madison Ave. at 36th St., New York, N.Y.
For more information, call 212-685-0008. 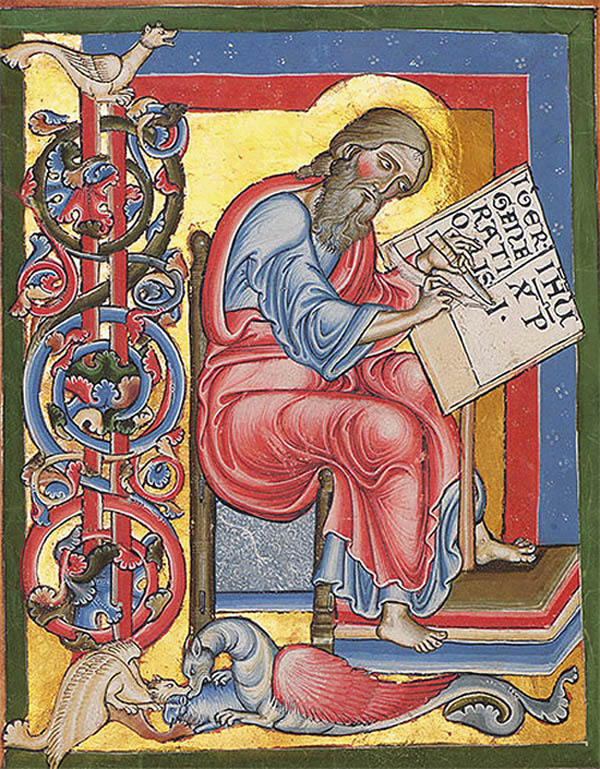