The Postcard Scene By Barbara Andrews

The TV Food Network made chefs into celebrities, but postcards gave recognition to the masters of good eats even before television made gourmet cooking a spectator sport.
For the most part, early postcards didnt pay much attention to professional chefs, but their uniform did inspire a number of holiday greetings, especially those made for Thanksgiving. Like policemen, firemen and other uniformed professions, the chef is easily recognized by the clothing he or she wore. The traditional garb includes a white double-breasted jacket, a white hat, tall and conical designed to circulate air above the head and help the wearer stay cool, a white apron, and checkered trousers, the pattern chosen to disguise stains.
Most of what the chef wears was designed for protection from excessive heat, burns, and injury from razor-sharp knives. Steel-toed shoes or clogs were a must. The apron was knee length and could be quickly removed in case hot liquid spilled on it. In early days a necktie was worn inside the jacket to stop perspiration from running down the body. It was also used to mop the chefs face, a practice now considered unhygienic. Jewelry except for wedding rings was a no-no.
The title of chef came to this country from the French and originally meant chief, as in chief of the kitchen staff. In this country it came to mean any professional cook, although Food Network programs have set higher standards for the title.
Postcards that honor real chefs are pretty scarce, but the white-garbed cooks caught on as advertising icons. What better image to push a food product than a chef in his smart white outfit? A chef might not have a thing to do with preparing a ham for the market, but his picture with the product suggested purity and good flavor.
The best chef card in my collection comes from Italy. The chef is shown preparing a pizza with what looks like an open brick oven in the background. Apparently some diners at his restaurant were bowled over by his creation. They mailed an autographed postcard showing him at work. This is the only card Ive seen autographed by a chef.
Europeans were ahead of the U.S. in according honor to their leading chefs. In fact, ambitious chefs flocked to Paris for the best training, and their resumes were greatly enhanced by it. Not only that, the vocabulary and structure of the profession were greatly influenced by the French. The chef de cuisine or executive chef was at the top and could do anything relating to the kitchen, including menu creation and staff management. The assistant was the sous-chef, another French term that has come into common use. Other chefs might be named for their specialties: fish (poissonnier), roasts (rotisseur) pastry (patissier) and others.
The really enjoyable thing about putting together a collection of postcards honoring chefs is the search. They wont jump out at you, and it would be very unusual to find a dealers category devoted to the topic. But collectors who love food wont be deterred by the difficulties.
Special events often had a spectacular creation pictured on postcards. Think about the worlds largest cherry pie or a house made completely of chocolate, both of which have been the subject of postcards. There were chefs behind the scenes, even is they didnt get credit on the cards. Check out the events category for possible finds.
Advertising, especially for food and restaurants, is a prime source of chef postcards. For those who like fantasy, whimsy and holiday art, the chef is fairly easy to find.
Most cards in this category will be reasonably priced, a plus for budget-minded collectors. For fans of food, the Food Network and celebrity chefs, this is a challenging topic and one where unique finds are possible. 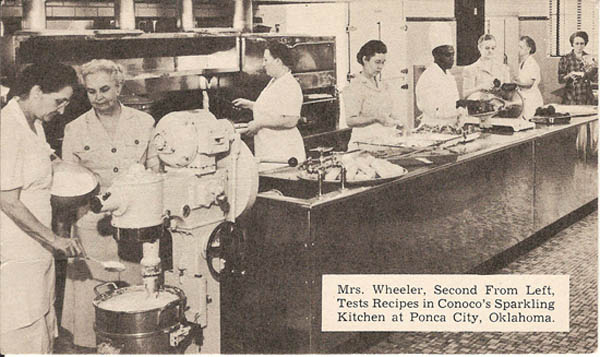