Winterthur Museum, Garden and Library will ring in the new year as the featured venue for the season 24 broadcast premiere of Antiques Roadshow. Three one-hour episodes were produced from the Roadshow event held at Winterthur this past summer. Viewers can tune in to WHYY in Philadelphia and public television channels across the country to see the exciting finds and learn more about Winterthur on Jan. 6, 13, and 20.
We are thrilled and grateful that Winterthur will serve as the premiere episode of such a wonderful series, said Carol B. Cadou, the Charles F. Montgomery Director and CEO of Winterthur. With its vast collection of early American antiques of all kinds, Winterthur is a perfect fit for Antiques Roadshow and its millions of fans. We were delighted to host the Roadshow and are so pleased that viewers will now learn more about founder Henry Francis du Ponts remarkable collections and estate. We hope the program will inspire those who have not seen Winterthur or are unable to visit.
Antiques Roadshow continues to be the highest-rated ongoing series on PBS. It recorded three episodes at Winterthur on June 18 for its 2019 tour of five distinctive historic locations across the country. About 3,000 people visited the event at Winterthur for appraisals from about 70 experts in more than 20 areas of specialty.
We were excited to visit Delaware and experience such an exceptional location, said the shows executive producer Marsha Bemko. Filming at Winterthur Museum, Garden and Library allowed our cameras to blanket the property, capturing appraisals with the action of the event as a backdrop.
The 17-time Emmy Award-nominated series has been produced by WGBH Boston for the past 23 years. Along with the visit to Winterthur Museum, Garden and Library, the 2019 tour from April 15 through June 18 also visited Bonanzaville, West Fargo, N.D.; Crocker Art Museum, Sacramento, Calif.; Desert Botanical Garden, Phoenix, Ariz.; and McNay Art Museum, San Antonio, Texas.
WHYY advances civic life through storytelling, arts, education, and civic dialogue. As the regions leading public media provider and PBS/NPR member station, WHYYs multimedia outreach includes WHYY-TV; WHYY-FM, WHYY's award-winning online home for news and civic dialogue; WHYY.org; and off-air community forums, artistic performances, lectures, and media education programs through the Dorrance Hamilton Public Media Commons.
Winterthur is located on Route 52, six miles northwest of Wilmington, Del., and five miles south of U.S. Route 1.
For information, including special services, call 800-448-3883, 302-888-4600, or TTY 302-888-4907, or visit www.winterthur.org. 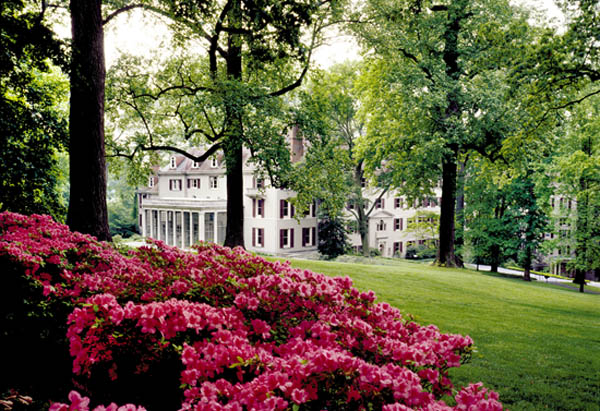