Overall, with the conditions the way they are in the world, I was very pleased, stated show promoter Melvin (Butch) Arion following his 174th Semi-Annual York Antiques Show and Sale held Jan. 31, Feb. 1 and 2 on the York Fairgrounds in York, Pa. Attendance was record breaking on Friday (opening day), and was very good on Saturday, added Arion. The majority of dealers agreed. I thought the crowd was excellent, and the right people came on Saturday, noted Jim Kilvington.
This edition of the popular semiannual show will be the last three-day event. The show will change to a two-day format running on Friday and Saturday starting in the fall (Sept. 18 and 19). This will cut overhead costs for the dealers, many of whom travel and have motel costs.
The winter season is typically a slow time in the antiquing world, and this year is no exception. Besides several regional auctions earlier in the month of January, there has not been too much going on. This makes people attend the show, on average, in better numbers than the fall edition. Arions show is the only one in York. He had 75 dealers, and he advertises more than any show promoter in the industry, utilizing television ads, radio, and print. The York Show is a show for virtually all tastes. It is strong in country but has great high style formal offerings of furnishings and accessories. It has it all, and the reports on business being conducted were positive.
New Oxford, Pa., dealer Kelly Kinzle pulled double duty, driving to York from Manhattan, where he was exhibiting at the Winter Show, in order to attend opening day at the York Show and then driving back. Mark and Kelli Saylor, now living in Cape May, N.J., had a good show. It turned out well for us. We were pleased. I felt the energy on opening day was stronger than it has been in a number of years, said Mark Saylor. The couple used to have a shop (Bertolet House Antiques) in Fleetwood, Pa., prior to moving to the coast year-round.
The interest level is there. Dealers put together great material at all price points, and most had results to show for it.
To contact Melvin Arion, call 302-875-5326. 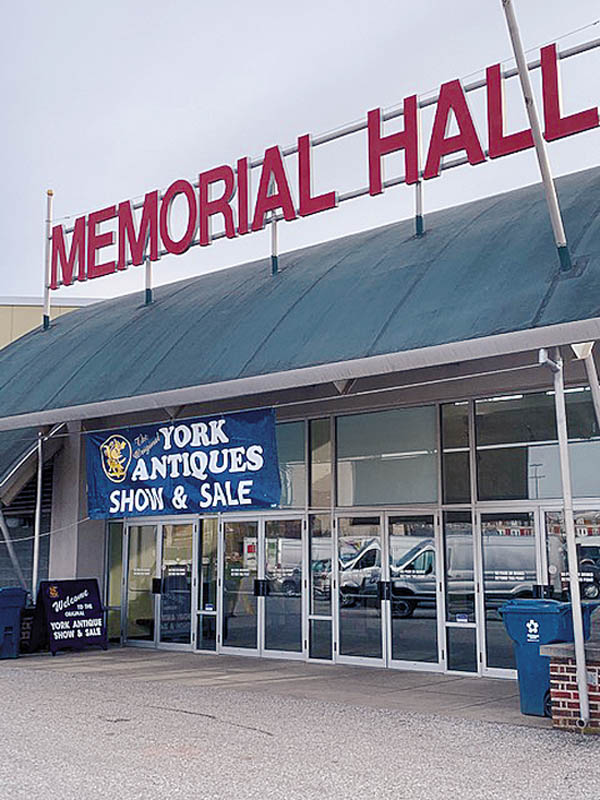